Home » Quran » Evil in the Quran 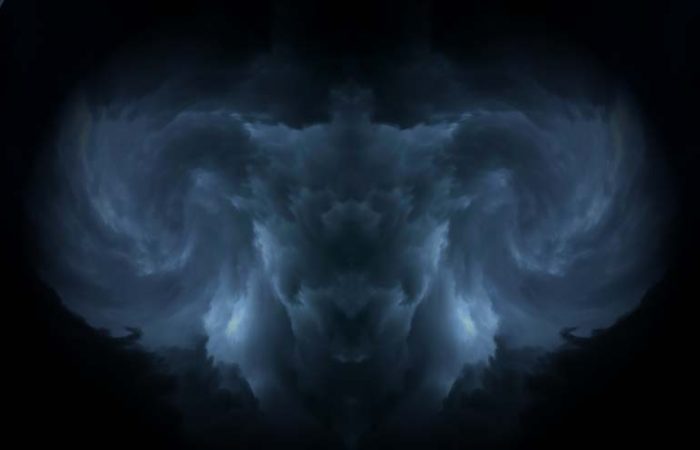 Evil in the Quran

Evil in the Quran is a very important topic that affects our lives. The question is: Where did evil come from? Did God create evil? Why should God let evil even exist? These are all questions that you can find their answers.

In this article, We will take a look at:

Origin of Evil in the Quran

We all know that Allah is pure goodness and no evil exists in Him. Did God then create evil? The answer is both yes and no. God created certain things that are evil on the outside but good in the inside. He created diseases, pain, floods, earthquakes, Satan, and even death. However, God wants to test us with what is good and evil in this world:

Every soul shall taste death, and We will test you with good and ill by way of test, and to Us you will be brought back. 1

Furthermore, many things that we perceive as evil are actually for our own good. For example, pain is a bad thing, right? It makes us uncomfortable and we absolutely do not like it. But did you know that it has been scientifically proven that pain is good because it gives us the message that somewhere in our body is not working properly and we must fix it? Besides, narrations state that pain and diseases erase the sins of believers, especially labor pain which cleanses all the sins of a mother.

Therefore, evil is a relative matter in the sense that the way we see it is important. Sometimes, it is a blessing in disguise. At the end of the day, God is the creator of everything and that includes good and evil, or the potential of something to be evil is His creation.

Satan Enjoins Evil in the Quran

On the other hand, Satan, man’s sworn enemy enjoins mankind to sin and indecency:

Satan frightens you of poverty and prompts you to [commit] indecent acts. But Allah promises you His forgiveness and bounty, and Allah is all-bounteous, all-knowing. 2

Therefore, God wants all mankind to be guided on the straight path and does not want them to become evil. Satan, however, wants to pervert as many people as he can and take his vengeance on the human race. Nevertheless, one cannot say that Satan is the creator of evil as some religions say, but rather he leads people to evil by depriving them of good. At the end of the day, people have free will and are not forced to give in to the temptations of Satan.

Evil in the Quran: Whatever Evil Befalls Us is Our Own Doing

The Quran has said that whatever good befalls us is from God, and whatever evil befalls us it is from ourselves:

Therefore, if we see that in our lives bad things happen to us such as we losing our money, losing our job, and so on, the blame lies on us and not God. If we blame God for the bad things that happen to us, we have committed a sin, because we are accusing God of something He has not done. God is so merciful and kind that He only brings good to the life of good believers and the Godwary. Even those who do not believe in God receive God’s all-encompassing mercy and any bad thing that happens to them is their own fault.

Man Prays for Evil in the Quran

Man prays for ill as [avidly as] he prays for good, and man is overhasty. 4

This is due to the ignorance of man in distinguishing between what is good for him and what is bad for him. Many a time, man thinks what he prays for is good whereas it is evil. For example, man may think getting married to such and such a person is for his good and in his interest, whereas in reality getting married to such person will only bring problems and troubles for that individual. Another concrete example is a person might think if he gets rich it will be good for him, whereas it is not in his interest to become rich as he is a stingy person who will not help the needy. There are many other examples of things one perceives them to be good whereas they are in fact evil.

Evil in the Quran: Man’s Ungratefulness

God Almighty says in the Quran:

When We bless man, he is disregardful and turns aside; but when an ill befalls him, he is despondent. 5

When God says man categorically, He means the majority of men. When God blesses man, instead of remembering God and being thankful of Him, He forgets Him and turns aside. And, when an evil befalls him, he loses his hope instead of turning to God and asking for His help. Either way, he is neglectful of God. Of course, there are some good people in the world as well who are not like this and always remember God and are thankful of Him. They are the ones who will be rewarded with gardens with rivers flowing beneath them as their descriptions have been given in many verses of the Quran.

Evil in the Quran: Blessing in Disguise

Sometimes, God wants to raise and elevate the station of an individual by afflicting him with difficult situations and trials. In fact, God wants to test the patience of the individual. God says in this regard:

We will surely test you with a measure of fear and hunger and a loss of wealth, lives, and fruits; and give good news to the patient

—those who, when an affliction visits them, say, ‘Indeed we belong to Allah and to Him do we indeed return.’

It is they who receive the blessings of their Lord and [His] mercy, and it is they who are the [rightly] guided.

All of these bad situations and miseries seem to be evil. However, they are not in reality as they are a means for testing us. If we exercise patience, we have passed the test with flying colors and God will reward us in this world and the next. However, if we start to complain and blame everything on God, we have failed the test.

Evil in the Quran is something that demands our close attention. God is the creator of everything, even the things considered as evil. Nevertheless, God has given us a choice to be good or bad and this world is the testing ground for us. In the Hereafter, we will see the outcome of our deeds and will be punished for committing evil, God forbid. It is hoped that we will all be admitted to paradise and will enjoy the intercession of the Prophet Muhammad and his household.