Alcohol in the Quran

Alcohol is a topic that has been touch upon in the Quran in several verses. Alcohol may include any beverage that has a certain percentage of alcohol in it and is an intoxicant including wine, beer, liquor, and so on. The consumption of alcohol and intoxicants is prohibited in the Quran.

In this article, we will discuss the topic of alcohol in the Quran. The following topics will be discussed:

References to Alcohol in the Quran

The Quran talks about the ruling concerning alcohol and intoxicating drinks by using the Arabic word khamr­ (خَمر), which literally means concealment. The reason intoxicating drinks have been given this name is that they put a veil or conceal the mind such that it does not function properly. At the time of the Prophet, alcoholic drinks mostly included fermented drinks made from certain fruits like grapes (wine) and dates as well as grains such as malt (beer).

All of these fermented drinks have certain percentages of alcohol in them. Nowadays, there are a wider variety of alcoholic drinks that all fall under the category of khamr, because they also conceal the mind and cause intoxication. Therefore, the word khamr, which the Quran uses, means any intoxicating drink that has alcohol or any other intoxicating agent in it. If you want to know more about which beverages are unlawful to drink in Islam, please enroll in our course on “Halal Food.”

Verses of Alcohol in the Quran

Let us go over the verses of the Quran that speak about alcohol:

They ask you about wine and gambling. Tell them, there are great sins in them, [even though they bring] some profit to the people, but their sin is greater than their profit.1

It is interesting that wine and gambling have been asked about together. This shows that these two misbehaviors were mostly done at the same time during the time of the Prophet. Allah says in this verse that even though there might be some profit in them both, their sinfulness is much greater than their profit. For example, alcohol may have certain health benefits. Some say it is good for kidney stones.

However, the harm it does to the brain, gut, liver, and other organs is much more and outweighs the benefit it has for the kidneys. Likewise, gambling might be profitable if one wins and gains a lot of money. However, one can also lose everything he owns by gambling.

Was the Consumption of Alcohol in the Quran Permissible at First?

The aforementioned verse is the first verse that Allah revealed to the Prophet about alcoholic drinks and shows that such an act was a sin and was not originally allowed in Islam. However, because it was so common among the Arabs, Allah had not asked Prophet Muhammad to announce its prohibition yet and used gentle and soft words to show its evil nature. In fact, Allah wanted to gradually abolish such an evil act and at that time it was too soon.

After about a decade passed, Allah officially asked the Prophet to convey His message concerning wine and alcoholic drinks and announce its prohibition by revealing the following verse of Surah Maidah:

O You Who Believe! Indeed, wine, gambling, idols, and divining arrows (a way of gambling) are evil and of Satan’s act; therefore, leave them aside in order that you may prosper.2

What is the Reason Behind Prohibition of Alcohol in the Quran?

The next verse of surah Maidah continues by clarifying the reason behind its prohibition:

Indeed, Satan desires to incur enmity and hatred between you through wine and gambling, and he desires to prevent you from God’s remembrance and prayer, yet will you, then give [them] up?3

So, it is Satan who tries to misguide us by drawing us toward alcohol and intoxicants, and by doing so, he wants to prevent us from remembering Allah and performing salat and cause enmity among us. Besides, alcohol is a very harmful substance that is very bad for one’s health. This is such an obvious fact that it does not need to be proven, even though many scientific studies have done so.

For example, it has been proven that many degenerative brain diseases such as Alzheimer’s disease is expedited and exacerbated by consumption of alcohol. Moreover, women who are pregnant and consume alcohol may cause serious birth defects for their child.

Effects of Drinking Alcohol on Acts of Worship

According to many of our narrations, whosoever drinks alcoholic intoxicants such as wine or beer, their salat will not be accepted for forty days unless they repent.4  However, this does not mean that the individual can skip praying for forty days, as it is still his or her religious duty to offer prayers. It only means that Allah will not be content with his prayer for forty days, but he must still perform his religious duty of praying while at the same time repenting of his sin.

Furthermore, Allah says in the Quran:

O You Who Believe! Do not perform prayer when you are intoxicated until you know what you say.5

This verse was revealed at a time when the Prophet of Allah had not yet officially announced the prohibition of drinking intoxicants. However, this was a gradual step in making the announcement in the future. Allah wanted to show how evil and sinful the act of drinking alcohol is, that one should not be intoxicated or drunk while offering a sacred act of worship such as salat.

After knowing the harmful effects of alcohol on the mind, it is quite obvious that alcohol can cause aggressive and violent behavior. “Alcohol may encourage aggression or violence by disrupting normal brain function. According to the disinhibition hypothesis, for example, alcohol weakens brain mechanisms that normally restrain impulsive behaviors, including inappropriate aggression.”6 Furthermore, alcohol has a negative effect on one’s spirit and soul. For example, drinking alcohol darkens the soul and makes one less inclined to spirituality. Based on a narration from the Noble Prophet, his holiness said, “I swear by the God who made me a prophet, the drinker of khamr (alcoholic drink) will enter the mahshar (the scene of Judgment Day) while his face is black, pounds his head on the ground, and shouts out of thirst.”7 If you are wondering which drinks are forbidden to drink in Islam, enroll in Islam4u’s course on “Halal.”

Heavenly Alcohol in the Quran?

The Quran speaks about a specific kind of khamr that does not cause intoxication, unlike worldly khamr. The wine in paradise is a specific kind that does not cause any intoxication but causes a feeling of euphoria and intense pleasure. The Quran talks about this kind of drink in many verses as one of the blessings and rewards of paradise. For example in verses 17-19 of surah Waqiah, Allah says:

The immortal [handsome] youth walk around [to serve] them.

With bowls and vessels and a cup from a flowing spring.

They will not cause headache nor will they be intoxicated.8

Another verse describes the good feeling that the inhabitants of paradise get when they drink the heavenly wine due to it being so delicious:

And the description of the heaven promised to the pious [are gardens] in which there are rivers with incorruptible water and the rivers of milk whose flavor does not change and the rivers of drinks which is delicious to those who drink [from it].9

Therefore, the wine of paradise is completely different from the earthly one and does not cause intoxication. It actually has the opposite effect, meaning dwellers of paradise enjoy its taste, which causes them to have a feeling of euphoria.

What Percentage of Alcohol is Halal in Islam?

There are three types of alcohol that jurists have determined.

Drinking all three kinds of alcohol, no matter what their percentage is, is religiously unlawful (ḥarām) in Islam, whether it intoxicates or does not, or is pure or impure. God says that the alcohol that people drink and causes intoxication is rijs (رِجس) meaning it is impure (نَجِس). In Islam, eating or drinking anything that is impure is religiously unlawful. For example, one cannot drink the blood of animals, even if their meat is halal. Therefore, alcohol, which is also impure, is forbidden to drink. To know more about what is halal or haram to consume, enroll in Islam4u’s course on “Halal Food.”

Pharmaceutical and industrial alcohol are forbidden to drink although they are not impure, but rather because they are poisonous and can cause someone to die or go blind. Even drinking one drop of them is prohibited, however, most if not all jurists say they are pure and can be used for the benefits they have such as in disinfecting surgical appliance, among other uses. Therefore, the second and third types of alcohol can be used in halal ways other than drinking them, while the first type has no halal usage at all. Moreover, selling alcoholic beverages is prohibited in Islam, and even the food of a restaurant that serves alcohol is not halal either.

Alcohol in the Quran is a topic that has been touched upon in several verses. Allah has from the very beginning said that consumption of intoxicants such as alcohol is a sin, although it might have some benefits, yet its sin and harms outweigh its benefits. In the final verse that was revealed about alcohol in the Quran, Allah categorically and emphatically prohibits the use of alcohol and states that it is the action of Satan.

If a person drinks alcohol, his or her prayers will not be accepted for forty days. However, this does not mean that they should not pray as it is still their religious duty to offer their salat. Insha’Allah, Allah will guard all Muslims from even getting close to drinking alcohol. In the end, if, God forbid, a Muslim drinks alcohol, he should know that he can always return to Allah and repent. Once again, you can learn all about what food or drinks are halal and what are not by enrolling in the course on “Halal Food.”

Elijah in the Quran

Elijah in the Quran, who is known as Ilyās (الیاس) … 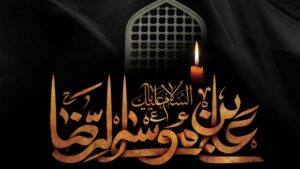 The Martyrdom of Imam al-Rida (a)

Imam Ali ibn Musa al-Rida (a) is the eighth Shiite …

Best Websites to Learn the Quran in 2021

In today’s world, learning the Quran has changed drastically. People …

Surah Ahzab is the 33rd surah of the Quran that …

Learning the Quran has changed dramatically in the recent millennium, …