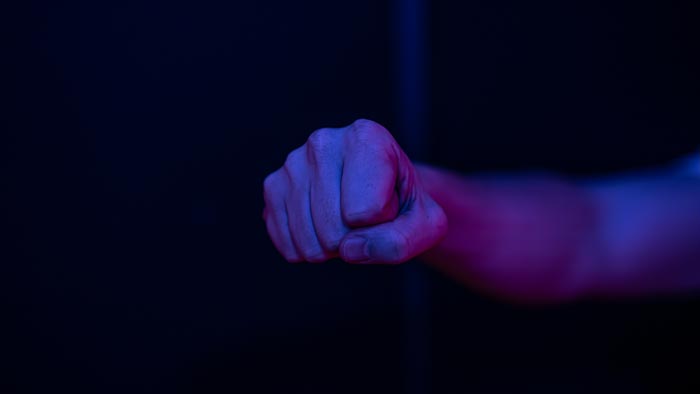 Violence! How can we talk about violence in the Quran when we see every verse of the Quran begins with the name of the most compassionate and most merciful God? Why do some people under the title of Islam fuel, incite, and perpetrate violence while the Quran invites believers to love the universe and the creatures of God? Why does the Quran condemn the oppressors and wrongdoers? In this article, we will study the following topics:

Why violence if the Quran honors the human being?

The human being is an honorable creature. God honors him and provides mankind with many blessings:

And We have certainly honored the children of Adam and carried them on the land and sea and provided for them of the good things and preferred them over much of what We have created, with [definite] preference.1

Therefore, God as the wisest and most knowing creator would not wrong nor oppress human beings. He invites people to be just and kind with people even animals. When we study the Quran we see that not only He does not oppress but also He does not like the oppressors:

God does not love the wrongdoers.2

It is clear that when God does not like the oppressors, He never permits the wrongdoers to be his successors nor have control over people:

When his Lord tested Abraham by words [: commands], and he [successfully] carried out all of them, then God said to him, “I am going to appoint you as an Imam for the people” and then Abraham asked God, “And will you appoint from my children too?” God said, “This [is my authority which] is not granted to the unjust.”3

When we study the verses, we see that God commands believers to speak kindly to people and help the helpless and the needy.

Worship no one but God alone, behave kindly with [your] parents, relatives, orphans and the poor, and perform the prayer, and give the zakāt” Then you turned away, but a few people, and you disregarded.4

Even God, the All-Compassionate, emphasizes that if you dispute with someone you must be polite and wise:

Invite [people] to the path of your Lord with wisdom, good advice, and argue with them in the best [possible] way. Indeed, your Lord knows best he who has gone astray from His path and He knows best who is the guided.5

In addition, God commands the believers to be kind in every respect even we see that the Quran advises us to treat others honorably and kindly such as with their wives even if they dislike them:

And treat them kindly. If you hate them [you should know that it is possible that] you hate something but God has placed much benefit in it [thus God wills to bring considerable benefits to you through what you hate].6

What strategy does the Quran adopt concerning violence?

We see many other examples and verses of the Quran like what we mentioned and all of these verses show God’s care and love for mankind. So then, what is the reality of violence in the Quran? From where does this violence originate? When we study the verses of the Quran, we find that violence is only used against the oppressors and those who threaten people and society. Let us study some of the verses:

And fight them to put down the Fitnah, and the religion to be for God, therefore, if they give up, enmity will only be towards the wrongdoers.7

According to the aforementioned verse, we see that violence is used when the community is threatened, however, another important point is that enmity and violence are only used against the oppressors. This is the law in the Quran that power is exercised to establish peace in society and using violence to wrong or oppress is strongly forbidden in the Quran.

It is worth mentioning that fitnah is when lies are mixed with truth in such a way that discerning the truth from the false becomes extremely difficult. Fitnah usually translates as sedition or deviating a community from its true values and when the foundations are targeted by deceiving people. Hence, violence is used to establish peace and prevent the oppressors from committing oppression. To clarify these issues, we will mention the following verse of surah Baqarah:

Holy month for the holy month, and punishment for committing forbidden deeds, therefore, whoever fights you, fight against them in the manner that they fought you, and be pious, and [you should] know that God is with the pious [and protects them].8

1. The punishment is inflicted to prevent the oppressors from oppressing.

2. If you punish you are not allowed to punish heavier than what you received.

“Whoever fights you, fight against them in the manner that they fought you.”9

3. You must observe taqwa and you must be fair.

Is using violence allowed in the Quran?

You Who Believe!  Be maintainers of justice [and judge fairly] and be [rightful] witnesses for [the sake of] God [when you testify], even though it be against yourselves, your parents, and near relatives, [because] if they are rich or poor, God has a greater right [to help] them [than you, so do not judge or testify wrongfully to help them] and do not follow worldly desires to make you unfair. So, if you [wrongfully] change testimony or refuse it, [you should know that] God is certainly aware of what you do.11

O You Who Believe! Be performers for the sake of God, [and] bear witness justly, and the hatred of the people should not make you unfair [, therefore,] be fair [because] it is closer to piety, and be pious; indeed, God knows best what you do.12

The Quran is a book of guidance that sheds light on the path of mankind to have a good life in the world and the Hereafter. The Quran invites believers to treat people and the family kindly and commands them to be fair and just. Violence is forbidden in the Quran and no one is allowed to oppress others. However, if someone or a group of people wrong, oppress, and threaten society, they will deserve punishment, and violence can be used against them.

Monotheism in the Quran

Monotheism in the Quran is a recurring concept on which God …

Learning to read the book of Allah might seem to …

Forgiveness in the Quran

Forgiveness is to regret one’s wrongdoing and ask God or …

How to the Read Quran

The Quran is the final holy scripture of God, according to Muslims, that was revealed about 1400 years ago to God’s final prophet, Prophet Muhammad.

Polygamy in the Quran

Polygamy means having multiple spouses. In Islam, only men can …

Fasting in the Quran

One of the salient topics discussed in Islamic rulings is …