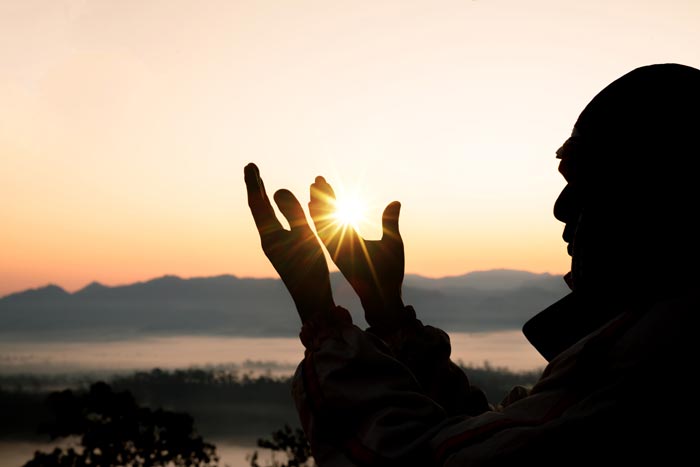 God, the most merciful, extends His mercy over His creation. He is the All-Sufficient who bestows His blessings on mankind. He deserves to be worshipped alone. Worshipping means becoming humble before someone or something and holding the belief that he is the Lord. It is such because you consider that all things are in his power and he can independently change your fate or solve your problems. Thus, God commands human beings to worship Him alone and avoid worshipping and following the Ṭāghūt.1 This is why He sent the prophets to deliver His message and show the right way of worshipping Him so that human beings prosper.

Is Obeying Our Teachers and Parents Permissible?

Respecting people such as parents,2 teachers, and so on while holding the belief that they are servants of Allah who are dependent on Him. In like manner, Islam recommends using different types of tools and means to reach one’s goals and objectives. However, believers should consider the fact that it is God who created all things and they are all in need of him. Therefore, they cannot bring about any effect or do anything without His permission.

Therefore, we conclude that if you hold the belief that someone is completely independent and he is able to cause harm or bring benefit without God’s permission, it is forbidden because human beings should consider all things as being in His hands. Furthermore, if a human being exercises power, it is God who has given power and life to him and to other beings, whether he misuses the power or uses it in accordance with His law. However, if you become humble in front of someone like your parents as a sort of respect and obedience to God and hold the belief that they are His servants and creatures of and are dependent on Him, and they are unable to do anything without His permission, this is not a forbidden behavior in Islam.  In reality, it is a way of worshipping God because you respect and show kindness to someone for the sake of God and in accordance with His laws and commands. Like when God commanded Satan to prostrate to Adam; but Satan disobeyed God and neglected the fact that it is Him who commands to prostrate to Adam and had he prostrated to Adam, he would have obeyed and worshipped Him rather than Adam.

Why Should We Obey God Alone?

God is the All-Creator, the All-Wise, and the only eternal being who depends on nothing but Himself, that is, He is Self-Sufficient. Therefore, only Him and those who have received permission from God must be obeyed. For example, people must obey Prophet Muhammad and his Ahlul Bait as well because they invite to whatever God commands.3

Our destiny lies in God’s hand. We cannot exist without Him. The All-Compassionate and All-Merciful designed laws and rules to guide us to salvation and prosperity, that is, the eternal heaven with its permanent pleasures and serenity. God loves His servants and wants all the best for them, but He never forces us to do things. We have been given free will, intellect, and divine guidance through the best teachers. God promises to help those who follow His path, which is why He and His prophets should be obeyed:

“O Those Who Believe! Obey God and obey the Prophet and those who are in authority among you. If you get involved in an argument about any matter, refer it to God and the Prophet if you have belief in God and the Last Day.”4

“Whoever obeys the Prophet; indeed, he has obeyed God.”5

Should We Only Love God?

The believers love God as He should be loved and they love nothing more than Him. They prefer His pleasure over all things.

He is the All-Beautiful, the All-Sufficient, the All-Knowing; He loves His servants. Therefore, the true believers love Him too. Unity in love means the believers should prefer the love of God over the love of others and they should love God more deeply than others. We should prefer God over ourselves. We also love ourselves, our children, family, and belongings, but this love should not prevent us from fulfilling our divine duties. Nevertheless, we should prefer God and his prophet more.

Hence, the believers avoid sins because they love God, just as Joseph who preferred to be imprisoned but did not commit sin.

This does not mean that we shouldn’t love our parents, spouses, children, friends, and so on. In fact, God is compassionate and He wants us to be compassionate too. What’s important is to have a deeper love for God than anyone and anything else.

Why Should We Trust in God?

Trusting in God the All-Powerful is a quality of true believers. Believers are certain that He is All-Powerful and nothing can exist without His permission. They are sure that all things are in His hands, so they do their best in every respect but they are not anxious about the result:

“The believers trust in God.”7

Trusting in God alone means that believers are certain that all things are within the power of God, so they are not anxious about the result of their deeds so long as they perform their duty. Their hearts are at peace. The hearts of the believers are at peace about God and His promises, and at the same time, they do their best and seek God’s help to perfect it. Thus, trusting in God does not mean laziness, because the Quran has taught us that the value of human beings is only measured according to their effort:

“Only whatever the human being strives for belongs to him”8

“And whoever desires (to gain the permanent life of) the Hereafter and struggles (to achieve it), while he is a believer, then his efforts will be appreciated.”9

God is the Most Beautiful and All-Sufficient who bestows His blessings on mankind, therefore, He deserves to be worshipped alone. We are not allowed to worship anything or anyone other than Him. Worshipping means becoming humble before someone or something and holding the belief that he is the Lord. In other words, when you worship someone, you believe that all things are in his power and he can independently change your fate or solve your problems. However, we know that only God has such power. Therefore, the Quran commands human beings to worship Him alone and avoid worshipping and following the Ṭāghūt; this is why He sent the prophets to deliver His message and show the right way of worshipping Him.

Surah Nasr is one of the short surahs of the …

Surah Qiyamah (قیامه) is the 75th surah of the Quran …

Prophets in the Quran

Have you ever wondered who prophets are and what their …