Home » Quran » Who is God? What Are the Proofs to Prove His Existence? 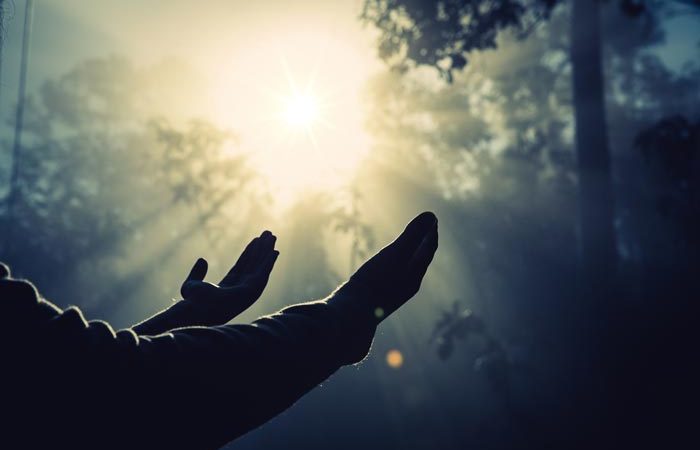 Who is God? What Are the Proofs to Prove His Existence?

God, our merciful and very kind Lord, is the only All-Sufficient and eternal being who existed before everything and will exist forever. No one has created Him and nothing is qualified to be His partner or child; the All-Creator who originated the heavens, the earth, and whatever exists between them.

[He is] the Creator of the heavens and the earth. He has created mates from yourselves for you. [And He created] pairs from the cattle [too]. He multiplies you through it. Nothing is similar to Him and He is All-Hearing, All-Seeing.1

One of His creations is the human being. Allah is All-Infinite, non-physical, All-Perfect, and so on. He is beyond our imagination for nothing is similar to Him and He is not finite. Attempting to imagine God, is limiting He who is infinite to our finite minds. He has created human beings and provided them with guidance through which human beings can know Him as much as possible, however, the human being does not know and does not honor Him as He truly deserves. We should take this fact into serious consideration that God is greater than what people describe or imagine.

They ascribed the jinn as partners to God, while He has created them. And they ascribed sons and daughters to Him without knowledge. He is Glorified and Exalted above that which they ascribe to Him.2

What Are the Proofs of the Existence of God?

So, God exists, but what’s the proof? Let’s take a look at the Quran which has provided us with various proofs of God’s existence. The pillar of these reasons is our God-given intellect and our power of ratiocination. Intellect has a crucial role in the teachings of the Quran and the Quran repeatedly praises the wise who use reason.

Here are the proofs the Quran presents:

The Demonstration of Order

Imagine being given a device that has a specific order and specific rules as to how it functions. Let us say it is a car, a plane, or maybe something new that you have not seen before. What is your first idea? “Who has created it?” There must be a creator with a specific plan and an aim for any orderly creation. Could it have been created with no intention, by nobody, and for nothing; a complete coincidence that has come into existence by chance? Did smartphones suddenly come into existence from nowhere?

Obviously, there must be a creator. This is the demonstration of order which is classified as follows:

Conclusion: There must be an incredibly intelligent creator or creators of man and the universe. This is an undeniable fact and there is no doubt about it.

The Quran gives different examples about the signs of the creation of the human being and the universe in order to guide human beings to believe that there is indeed a creator behind this creation. But who is it? The Quran introduces Him: God, the Almighty and All-Wise who has created all this for a reason. There is wisdom behind our creation, and God invites us to discover it.

There are several verses in the Quran that talk about the demonstrations of order, but we will suffice to mention only two:

“Indeed, there are (clear) signs in the creation of the heavens and the earth and in the alternation of the day and night for the wise.”3

We will now clarify the abovementioned verse as follows:

The way the creation has been organized, that is, the earth, the heavens, and the alternation of day and night, are all signs of an existing creator. The wise who use their reasoning will perceive that there must be a wise and powerful designer and creator for all this.

“Do you not consider that the birds are kept in the sky! It is God who keeps them (there). Indeed, there are signs in it for the people who believe.”4

How can birds fly? How can they stay in the air without falling? What system has been designed for them? Hundreds of years after this verse, scientists took a good look at the bird and created the airplane. Airplanes have a wise creator, we all agree, but birds don’t? We can find thousands of examples that show it is impossible to have such creations without a lasting, wise, and knowing creator.

The Demonstration of Nature

God created the human being and He provided him with a divine nature, so he finds within his heart that there is someone, a powerful being who can help him.

This is because God has placed this characteristic in the nature of human beings. However, if human beings are engaged in daily life, their natures are hindered by neglect. Therefore, they cannot see God in their hearts. This is why God sometimes strikes human beings with calamity and disasters to uncover their heart from neglect so that they may become humble and find God.

Imagine you are on a ship in the ocean, suddenly the ship is engulfed with the stormy water of the sea and you see that you will die. At this moment, you lose your hope in all material means. However, you feel a glimmer of hope that there is a Powerful One who is able to save you. It is because God, your creator, has created this nature in your soul that you feel His presence without seeing Him:

“And when they are on a ship (in the sea and see their death with their eyes) then they sincerely pray to God (for help) but when we save (and take) them to (safe) land they ascribe partner(s) to God.”5

Even though love for worshipping God is in the nature of the human being, he needs knowledge and guidance to awaken this nature which is under the cover of neglect in the attractive daily life. Otherwise, the human being, despite his nature, can be lead astray or deceived. In addition to what we said, even though the divine nature placed in the souls of human beings seeks God, human beings need guidance to recognize God as He deserves. Otherwise, they may make a mistake and worship a false deity or deities instead of the one real God, the All-Infinite.

The Demonstration of Necessity and Possibility

“O the People! You are in (great and real) need of God; and God is the All-Sufficient, the All-Praised.”6

In order to clarify this demonstration, we will make some points as follows:

Any being can either be dependent (needy) or independent (self-sufficient). The former depends on others for their needs and existence.

God, the All-Compassionate, is the only All-Sufficient and eternal being who existed before everything and will exist forever, however, we need some demonstrations to prove His existence. The pillar of these reasons is our God-given intellect and our power of ratiocination. Intellect has a crucial role in the teachings of the Quran and the Quran repeatedly praises the wise who use reason. In addition to reason, the teachings of the Quran are the reliable source to prove God and His existence. Therefore, we used three demonstrations to prove God and His existence.