Home » Quran » What Is the Unity of God? 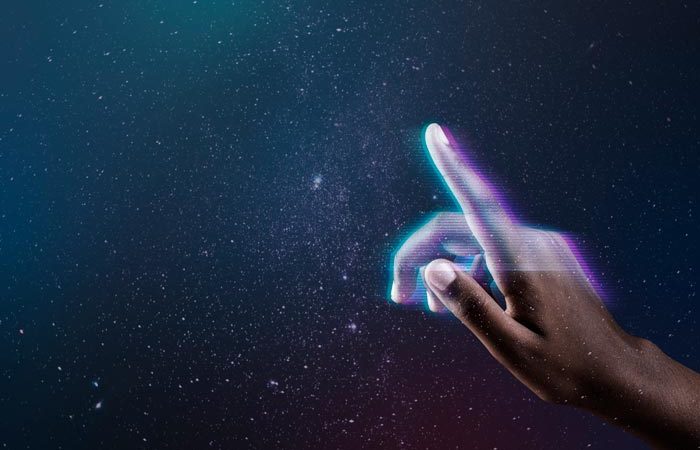 What Should a Monotheist Believe in Concerning God and His Unity?

To clarify the oneness of God, we should understand three things

1) What is the meaning of unity of divine essence?

God is one, simple, and infinite in His essence. God being simple means that His essence has not been composed of subunits. To prove the unity of God, the demonstration of tamānu‘ is mentioned in the Quran.

This demonstration indicates that if there were more than one real God, they would have quarreled and competed against each other, each trying to gain more power than his rival, thus we would have corruption in the universe and lack of order, harmony, and coordination. This is not the case. In fact, we have a very harmonious and orderly creation.  So, there must be one powerful and wise Lord who exercises power exclusively. Take a look at the world around you, at science, this harmony, and coordination in the Creation demonstrates a single Lord who manages them. The Quran mentions this fact about God’s unity as follows:

“If there had been gods beside God in them,1 they would have fallen into ruins, so God, the Lord of the throne, is glorified greater than what they say (and ascribe to Him).”2

2) What is the meaning of unity of divine attributes?

Although we attribute many traits to God, it does not mean that God is constituted of many attributes, but rather He is one simple and infinite reality, the All-Perfect. Moreover, the attributes of God are our only way of trying to fathom God’s reality. We want to introduce Him better to the human mind because no word can describe Him as He deserves.

There is no difference between God’s attributes and His essence. They are equal and there is no separation between them.

3) What is the meaning of unity of divine deeds?

All deeds in the Creation go back to God, directly and indirectly, and nothing occurs without His permission.

God is the sole independent creator of existence. He has created all things. Everyone else’s actions are dependent on God. It is He who has provided them with power, intellect, and free will, otherwise, we would have been completely unable. Only God is All-Independent. He is the creator of existence and is needless of all. Therefore, all events, are actually His deeds because they are done with His permission. In this sense, even evil deeds are attributed to God.

The evil of that which He created.3

Although He is displeased with evil deeds, He does not prevent His servants from revealing their evil intentions because this is a necessary factor for the divine test.

It is worth mentioning that even though evil deeds are attributed to God, He never commits evil deeds Himself and is never pleased with it. God created us and gave us power and free will, but He commanded us to use that power for performing good deeds, though some humans and jinn misuse their power and serve evil. Usually, God does not prevent the evildoers from committing evil because He wants to test them. Had He prevented them from such deeds, then testing would be meaningless. In order to clarify more, we divide divine deeds into two parts:

There are some verses of the Quran in which God attributed the deeds and actions in the Creation exclusively to Himself. For example, He says, “I created.” In these types of verses, God directly states that He is the All-Creator, that is, the unique All-Independent creator; there is no one equal to Him, and all the Creation depends on Him. God has also designed intermediaries and scientific laws used in and by creation, but He Himself has designed and created the different factors, elements, and intermediaries and given them their roles.

All of existence works with God’s power and permission directly or indirectly. In other words, all depend on Him and He is the only independent creator.

Where does that put the rest of the creators, such as the creators of electronic devices, or this article? Their creation is not spontaneous in its origin, that is, they have sought and used other people’s help, and used materials that had existed before. They are working under God’s permission and power.

A question arises here. Is it wrong to think that a particular doctor, for instance, has cured us with his drugs? This is a misunderstanding. So long as you know that neither the doctor nor his drugs are independent of God, it is neither wrong nor sinful, but if one imagines they are independent of God or equal to Him, that is a grave mistake, as the Quran says.

The following verse is an example of this type of performer or doer of action:

“You did not kill them but God killed them, and you did not throw when you threw but this is God who threw (for you, therefore, you only applied the power, will, intellect, etc. that God has granted you and you depend on Him,) that He may test the believers with a good test. Indeed, God is All-Hearing, All-Knowing.”4

This does not mean that God needs them nor does it mean He has partners in creation, but rather God gives roles to them and they are dependent on God in every respect. All the things that people perform are in this group.

It is better that we add that even though human beings are dependent on God in every respect, God has given us free will to choose the path of our life.

What Are the Important Aspects of Unity of Divine Deeds?

God has created the heavens and the earth and manages their affairs. So, first there is creation then governance. He leads the Creation towards its goal. This fact is explicitly mentioned in the Quran. Some of these verses are:

“Say, who is the Lord of all the heavens and the earth? Say, God.”5

The right of legislation is exclusively for God. He, as the All-Creator and the All-Wise, knows best what is needed and how the needs of creation should be fulfilled on the way to perfection and prosperity. His law is in accordance with the facts of creation, but the ignorant wrongfully interpret God’s law under the title of Islam or create false laws as they wish. They create a bad and deficient image of God’s law because they know God’s law prevents them from their illegitimate ways. God warns that whoever issues laws or judges against what God has passed has gone astray.

You should know that] whoever does not judge [on the basis of God’s law] which has been sent down, [in fact,] they are disbelievers.6

Hence, the prophets of God who were allowed to issue commands and judge with truth,7 that is, God’s law, did so according to the will of God. They were obedient to God, which is why they were chosen and why God commands the rest of the people to be obedient to them.

The Quran discloses that God is the All-Sovereign; any other sovereignty requires the permission of God.8 9 These people are chosen and sent by God and are the prophets and those chosen by the prophets. They are the vicegerents of God on earth and they have the right to exercise power on the basis of God’s law. They do not break God’s law. God says to David, “O David! We chose you as a caliph on the earth.”10

What Is the Meaning of Divine Will?

God is able to perform whatever and whenever He desires, so when He desires to create something, all that is required is His will, and that being immediately comes into existence.11

You may raise a question that why do some things take time then? Why does it take a child nine months to be born, although God has created it; why did it take minutes, hours, or years for the earth to be created after the Big Bang although God had willed it?

It is worth mentioning that it is God who has willed that the world and all things in the world function through natural and systematic ways within specified times and conditions. He has done so in order to pave the way for the ideal life of living beings and in order that He may test mankind in natural conditions.

Two Types of Divine Will

In order to clarify the aforementioned issue, we will mention two types of Divine will, as follows:

God created laws and issues commands to His servants to observe the law. That is, they should perform the compulsory and recommended deeds and avoid the forbidden ones, such as oppression. It is worth mentioning that even though He wills, no one is forced, otherwise, that would defeat the purpose of divine tests. Those who obey His commands are following His (legislative) will, and if they disobey, they are disobeying His (legislative) will.

The Generative will of God is His creation; when He desires to create something, He only wills and it comes into existence without hesitation. In this case, no one can disobey God. For example, God has willed that the earth orbits the sun, so no one can change it.

Those who act and lead people against God’s law are called Ṭāghūt. The believers are forbidden from following the Ṭāghūt because they lead mankind astray. There may be some goodness in them, but their harms are greater. Therefore, God strongly forbids believers to refer to them as leaders or judges:

Those who believe fight in God’s path and those who disbelieve fight in the path of the false deity. So, fight against the friends of Satan. Indeed, Satan’s plot is weak [and easily foiled].13

God is one, simple, and infinite in His essence. His essence has not been composed of subunits. Although we attribute many traits to God, it does not mean that God is composed of many attributes, but rather He is one simple and infinite reality. Therefore, we want to introduce Him in a better way to the human mind because no word can describe Him as He deserves.

God has created the heavens and the earth and manages their affairs. So, first there is creation then governance. The right of legislation is exclusively God’s. He, as the All-Creator and the All-Wise, knows best what is needed and how the needs of creation should be fulfilled on the way to perfection and prosperity. In addition, the Quran discloses that God is the All-Sovereign; any other sovereignty requires the permission of God.