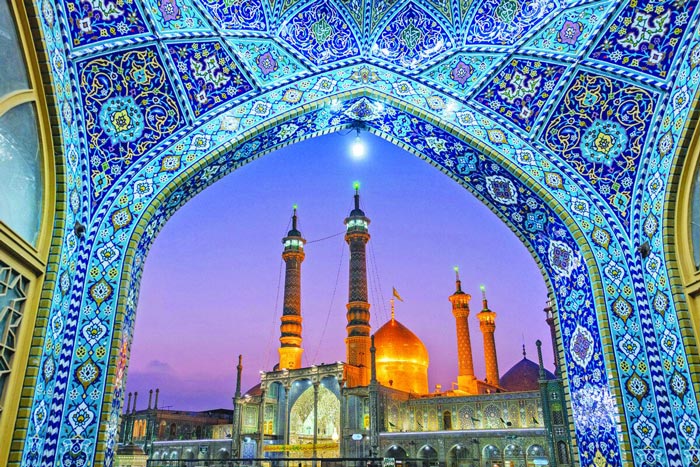 Lady Fatima al-Ma‘sumah (a) was a noble, pure, and virtuous lady who has been praised very much by the Imams. In this article on Islam4u, we will look at the life and character of this noble lady of the Ahlul Bait (a).

Date of Birth and Parents

Lady Ma‘sumah (a) was the most virtuous child of Imam al-Kazim (a) after Imam al-Rida (a) based on narrations from several Imams. She was raised in a family where there were three Imams, Imam al-Kazim (a), her father, Imam al-Rida (a), her brother, and Imam al-Jawad (a), her nephew. Imam Ja’far al-Sadiq (a) foretold her birth and said how she would be buried in a city called Qom and said whoever visits her grave, paradise would be incumbent on them (i.e., they will definitely enter paradise).

Hadiths From the Imams Extolling the Virtues of Lady Ma‘sumah

As mentioned, several hadiths mention the virtues of Lady Ma‘sumah (a). Let us go over them.

The narrator of the hadith said that Imam al-Sadiq (a) spoke these words before even Lady Ma‘sumah’s father, Imam al-Kazim (a), was born.[1]

Two Narrations From Imam al-Rida (a)

In a short hadith, Imam al-Rida (a) gives the title Ma‘sumah to his sister and says:

Whoever visits [the tomb of] Ma‘sumah in Qom, it is as though they have visited me.[2]

His Holiness has also said:

Whoever visits her, paradise becomes incumbent on them.[3]

A Similar Narration From Imam al-Jawad (a)

Whoever visits [the tomb of] my aunt, paradise will be incumbent on them.[4]

All of these narrations show that Lady Ma‘sumah (a) enjoys such a high spiritual station before Allah that the reward of visiting her shrine is paradise. Moreover, she is the only woman after Lady Fatima al-Zahra (a) whom an infallible Imam has dictated a text of ziyarah for her. Imam al-Rida (a) was the one who dictated the text of ziyarah for Lady Ma‘sumah (a). This is another privilege of hers.

The Position of Intercession

A person once wondered whether Lady Ma‘sumah (a) would intercede on behalf of the people of Qom on the Day of Judgment for them to be saved from hell and enter paradise. In his dream, he saw one of the famous scholars of Qom named Mirza-yi Qommi. Mirza-yi Qommi told him, “I alone am enough to intercede for the people of Qom. Lady Ma‘sumah intercedes on behalf of all Shiites in the world.” We read in the text of her ziyarah, “O Fatima, intercede with Allah on my behalf to enter paradise.” Because this text of ziyarah is dictated by Imam al-Rida (a), this shows that she is one of the intercessors on the Day of Judgment.

May her father be sacrificed for her.[5]

This shows how knowledgeable Lady Ma‘sumah was, even at a young age.

Invitation to Khorasan and Martyrdom

When Imam al-Rida (a) was in Marw, Khorasan, he wrote a letter to Lady Ma‘sumah (a) to come to Khorasan. Therefore, she went on the journey to Khorasan. When she reached the city of Saveh, she became sick. She asked the people there how far she was from Qom. They said ten parasangs. She told the caravan to take her to Qom. After seventeen days, she passed away on Rabi‘ al-Thani 10, 201 AH. One particular Shia scholar and historian named al-Sayyid Ja‘far Murtada al-‘Amili believes that Lady Ma‘sumah (a) was poisoned in Saveh and thus martyred.[6]

When Lady Ma‘sumah (a) was to be buried, the people of Qom did not know who should bury her. They agreed that an old man named Qādir should put her in the grave. As they were about to go and call him, two riders who had covered their faces showed up. They prayed behind the body of Lady Ma‘sumah (a) and buried her. Then, they got on their horses and went back. Some say that these two individuals were Imam al-Rida (a) and Imam al-Jawad (a). They had miraculously come to Qom to bury Lady Ma‘sumah (a). This shows that only infallibles were worthy of praying behind her body and burying her.

Dhul Qarnayn in the Quran

Dhul Qarnayn in the Quran is a righteous man to …

Battle of Uhud has been referred to on several occasions. … 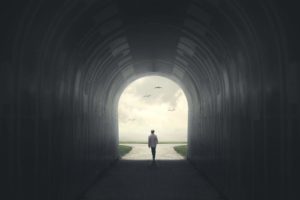 Destiny and Providence in Islam: Why Do Calamities Strike Us?

Do we have free will? Do we decide about our …

Surah A‘la is the 87th chapter of the Holy Quran. …