Surah Adiyat is the 100th surah of the Quran, located in Juz’ 30 with 11 verses and 40 words. It takes its name from the first verse where God swears by the panting breath of running steeds.

The first five verses of surah Adiyat visualize for the reader a breathtaking scene early in the morning, prior to the start of a war where steeds are running with panting breaths and sparks of fire strike from their hooves. A cloud of dust is raised and they penetrate into the midst of the enemy, taking them by surprise.

Some Facts about Surah Adiyat

Surah Adiyat, also called Wal Adiyat, meaning the steeds, commences with an oath. It is the 100th surah in Juz’ 30 of the Quran composed of 11 verses and 40 words. The initial five verses of Surah Adiyat depict a scene of galloping steeds of Muslim worriers rushing towards the forces who were planning to attack the prophet (S). It then mentions three points: Man is ungrateful and he knows it;He is in love with the material world and On the Last Day, he will be removed from the grave and that which he has concealed in his breast will be made manifest.

By the (Steeds) that run, with panting (breath),

And strike sparks of fire,

And push home the charge in the morning,

And raise the dust in clouds the while,

And penetrate forthwith into the midst (of the foe) en masse;-

Truly man is, to his Lord, ungrateful;

And to that (fact) he bears witness (by his deeds);

And violent is he in his love of wealth.

Does he not know, – when that which is in the graves is scattered abroad

That their Lord had been Well-acquainted with them, (even to) that Day? 1

In this article you will read:

The noble prophet Muhammad (S) says, ‘the reward of reciting surah Adiyat equals that of reciting half the Quran.2

Elsewhere the prophet of mercy (S) says, ‘he who recites surah Adiyat is rewarded ten times as much as those who camp in the area of Muzdalafah at the time of Hajj pilgrimage.3

In another hadith, the messenger of God (S) says, ‘one who habituates oneself to reciting surah Adiyat, will be resurrected in the hereafter with the commander of the faithful, Ali (AS), and will be accounted among his companions and friends.4

Muhammad ibn Ja’far al-Sadiq (AS) ascribes the story at the beginning of surah Adiyat to Ali (AS).5

A number of blessings have been mentioned for the recitation of surah Adiyat, the most noteworthy of which are: paying off debts and expansion of sustenance.

Based on the narrations, he who endeavors to repeatedly recite surah Adiyat, God Almighty helps him pay his debt from an unpredictable source.6

One who recites this surah 110 times and carries it with oneself, will be relieved of pain, hunger and thirst.

Occasion of revelation of Surah Adiyat

Eight years after the migration of the noble messenger of God (S) to the city of Medina, he was informed that a group of Arabs had gathered to attack Medina and kill the Muslims, particularly the holy Prophet (S) and Ali (as).

When prophet Muhammad (S) heard the news of the gathering of the enemy, he sent a group of the Muslims under the command of some of his companions to defeat them, however, they returned defeated. Finally, he sent Ali (as) with a great number of the immigrants (Muhajirin), and the helpers (Ansars) to face them.

The victorious army of Islam

They proceeded by nightfall and hid themselves during the day. They ultimately reached the hostile forces. Ali and his people surrounded them. The first offer was to follow the religion of Islam, but to no avail. The attack took place at dawn and won an easy victory. Most of the hostile forces were killed, and the remaining forces were chained and taken as captives with their collective properties, to the messenger of God.

The noble Prophet (S) came out of his house early that very morning, before the return of the Muslim army and recited surah Adiyat in his prayer. When the prayer was finished, some Muslims came to him telling him that they had never heard it before. He gave the good tidings of the Muslim’s victory as Gabriel had descended earlier bringing him surah Adiyat.7

Truly man is, to his Lord, ungrateful;

The human being is utterly needy and the merciful Lord bestows upon him countless blessings and bounties at every moment of his/her life. However, this creature in sheer poverty does not see many of these blessings and is referred to as being ungrateful. Elsewhere in the Quran the same concept is stated:

The cause of alteration [and removal] of blessings is ingratitude.9

The noble Quran and narrations of the holy prophet (S) and his purified household mention the ingratitude of mankind towards his compassionate Lord and its impact in his life. One can basically categorize ingratitude in the two realms of life: the material and spiritual realms which are in fact interconnected.

Based on the author of the invaluable exegesis of the Quran, al-Mizan, all along, man is following his carnal desires and is after material pleasures, hence gets drifted away from appreciating the bounties gifted to him.10

The spiritual blessing of faith in surah Adiyat

Prophet Muhammad (S) was appointed as the seal of apostles to spread the message of peace to all mankind and to guarantee man’s felicity in his life in this world and the next; nevertheless, many turned their backs on him and even tortured and oppressed him and his followers, an instance of ungratefulness to one of the greatest bounties of God.

The first five verses of surah Adiyat refer to an incident where a large crowd of infidels had assembled to attack the Muslims but were taken by surprise when the Muslims attacked them one morning at dawn.

Surah ‘Adiyat tells us that mankind knows his own ingratitude

Elsewhere in the Quran the same concept is stated:

Indeed man is a witness to himself.12

The human being knows that he is being ungrateful and that ingratitude is a negative attribute yet he remains ungrateful. But why?

Too immersed in the material world

Because he forgets to freshen up his mind with regards to the three golden questions:

Those who know the answer to the three golden questions and remain conscious in this regard are referred to as:

Those who were given knowledge.13

However, there are many who in the midst of their life in this material world, get too immersed with worldly concerns.

And violent is he in his love of wealth.

The quality of the material world is that there is no end to man’s desires for it. He can never have enough of what he has. He would always want to have more.

And to whom I granted extensive wealth…

Then he desires that I should add more. 14

The messenger of God (S) says in a hadith:

Never gaze upon that which is in the hands of others, for one’s sorrows get prolonged and one’s yearnings become never ending. Moreover, one would consider God’s blessings upon him as trivial, hence, his gratitude would become little. Therefore, always look at those materially lower than yourself in life. 15

The noble Quran beautifully classifies the two groups of people looking at the affluent Korah emerging before them in his finery. Those who desired the life of this world sighed and longed to be as wealthy as Korah.

And those who were given knowledge said [to them], ‘Woe to you! Allah’s reward is better for someone who has faith and acts righteously, and no one will receive it except the patient. 16

Qualities of the thankful

Result of ingratitude in Surah Adiyat

Surah Adiyat and so many other surahs of the Quran (such as Surah Zalzalah) distinctly describe the fate of the ungrateful, meaning the unbelievers and oppressors not only in this world but in the hereafter where people would presently see their conducts and receive appropriate punishment.

And [remember] when your Lord proclaimed… but if you deny, indeed, My punishment is severe. 17

Based on verses of the Quran and narrations, ingratitude results is unrest, stress, lack of peace of mind and an unblessed life in this world and punishment on the Last Day.

‘If you are grateful, I will surely increase you [in favor];

Elsewhere in the Quran it is stated:

If the people of the towns had been faithful and Godwary, We would have opened to them blessings from the heaven and the earth. But they denied; so We seized them because of what they used to earn. 18

Hence, a grateful person acknowledges the presence of a messenger of God and God’s guidance for mankind. He/she has true faith in the divine message and leads his/her life based on the guidelines laid by the Lord; that’s when he/she would live in peace and prosperity.

The status that mankind can achieve

In the first verse of surah Adiyat, God swears by the panting breaths of the steeds of the worriers who are struggling in the path of God. When their mounts are praised and highly spoken of, just imagine the elevated spiritual rank of the worriers themselves.

The story goes back to man’s free will in choosing one of the two paths: being grateful or not.

Indeed We have guided him to the way, be he grateful or ungrateful. 19

He could reach a position higher than the angels where they would prostrate to him20 or become lower than animals.

They are like cattle,- nay more misguided: for they are heedless (of warning). 21

The day when the hidden is made manifest

The last three verses of surah Adiyat, meaning verses 9-11 refer to the events on Qiyamah when all are resurrected.

Does he not know, – when that which is in the graves is scattered abroad;

Elsewhere in the Quran, the same concept has been stated as:

On the day when the secrets are examined 22

What is meant by “that which is hidden in man’s breast?

In this world, there are a number of aspects about a human being’s life which remain hidden from the eyes of others. For instance, no one gets to find out what goes on in our mind. Our thoughts, feelings and intentions remain primarily locked up to our self unless we choose to relate them.

Nevertheless, on the Last Day, when our book of deeds is opened and we are accounted for that which we did in this world, the slightest act, even a thought or intention is weighed and judged. That is when what is locked up in our breast would be made manifest and no single human being can deny what he/she has done.

Surah Muzzammil is one of the very first surahs that …

Battle of Badr is a subject that has been touched …

Happiness in the Quran

Happiness in the Quran guides us towards what the true … 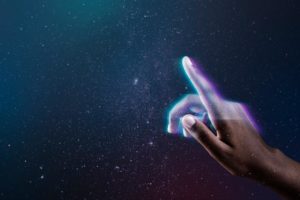 The unity of God is the pillar of the teachings …

Dua in the Quran

Dua in the Quran (دعاء) is an intriguing topic. The …