Why is it important to study chapters of the Quran like Surah Infitar (سورة الإنفطار) or Surah Infatarat (إنفطرت) as it is also known as? The answer is that it, like many other chapters of the 30th part of the Quran delves into one of the important principles of the Muslim faith, i.e. Qiyamah and the events leading up to it as well as those that will take place within them and how man gets to where he is on that day based on his worldly actions.

Surah Infitar is the 82nd chapter of the Quran and the central theme of this chapter is the Day of Judgments including the events preceding it and those that will happen within it like the end of the world, fates of the good and evil doers, the recording of deeds as well topics like man’s arrogance and in contrast, God’s Lordship and beneficence.

When the sky is rent apart,

When the stars are scattered,

When the seas are merged,

When the graves are overturned,

Then a soul shall know what it has sent ahead and left behind.

O man! What has deceived you about your generous Lord,

Who created you and proportioned you, and gave you an upright nature,

And composed you in any form that He wished?

No! Indeed, you deny the Retribution.

Indeed, there are over you watchers,

Who know whatever you do.

Indeed the pious shall be amid bliss,

And indeed the vicious shall be in hell,

Entering it on the Day of Retribution,

And they shall not be absent from it.

And what will show you what is the Day of Retribution?

Again, what will show you what is the Day of Retribution?

It is a day when no soul will be of any avail to another soul and all command that day will belong to Allah. 1

In this article the following topics will be covered which are discussions included in this chapter:

It has been narrated from Ja’far ibn Muhammad al-Sadiq (peace be upon him):

“Whoever reads Surat-al-Infitār and Surat al-Inshiqaq, keeping them constantly in mind, during obligatory prayers and optional prayers, no veil will shield him from Allah Ta’ala, and Allah, the most Glorified One, will look after him till people are through with their reckoning.” 2

The word Infitar comes from the root word ‘Fatara’ (فطر) which means split apart and ‘Infitar’ means to be split apart. 3

Signs of the End of the World in Surah Infitar

Then a soul shall know what it has sent ahead and left behind.

Self knowledge refers to detailed knowledge of what a person has done in this world and this is different from the knowledge that a person attains after his book of deeds is opened. Verses in other chapters also indicate this matter. 5

Soul here refers to all human beings and is general and what it has sent ahead and left behind are those that they have performed and the customs that they have established for even after their death; be they good or bad. 6

O, mankind! What has made you be Arrogant and rude towards your Creator Who is the Supreme Bounteous? 7

Here man is addressed through his humanity which reminds us of all the distinctions we have over all other creatures and then places him in front of God who is His Lord and also benevolent; a God who through His Lordship always supports him, has undertaken his training and evolution, blessed him with material and spiritual blessings without expecting anything from him and even disregards his wrongdoings and forgives him.

Is it right that such a dignified creature be so audacious in front of such a great God? Or be ignorant of him for even a minute or neglect executing his orders which are for his own happiness? 8

A Narration About This Part of Surah Infitar

It has been narrated from the Prophet that when he recited this verse, he said:

“His ignorance has made him arrogant.” 9

The reason why arrogance is mentioned in connection with God’s Lordship and generosity is to show the reason for rebuke and reprimand. As a result, the rebellion of the servant and his falling into sins against the commands of a Lord who manages his affairs and whose apparent and hidden blessings extend to all aspects of man’s existence, is ingratidute that no normal conscience doubts and considers one who is this ungrateful to deserve punishment; especially in cases where the Lord is also Kareem (کریم), which will be discussed below. 10

What does Kareem (کریم) Mean Used in Surah Infitar?

In regards to the attribute of Kareem (کریم) which has been used for God in this verse, scholars have provided different meanings:

When the attribute is applied to God it refers to the reality that when He bestows a blessing or a favor upon others, He does not take into consideration any sort of benefit or profit for Himself; apart from that, in His favor, He does not take into account the disobedience, ignorance and bad actions of His servants and disregards all of them.

It is worse, therefore, to be ungrateful to such a God and punishment for such people is clearer and more intense. 12

The next couple of verses of Surah Infitar point to God’s Lordship which is accompanied by generosity (i.e. the attribute of Kareem):

Who created you and proportioned you, and gave you an upright nature,

And composed you in any form that He wished? 13

Creation and Form in Surah Infitar

There are two matters that must be considered in these two verses:

Man’s creation with the different inner and outer organs and limbs and placing each of them in its own suitable place and then balancing these part with each other; these are clear arguments in favor of the One Creator and Lord and ll minds and intellects are in awe of this amazing system.

The unique face and form of each individual which is particular to them and human beings were unrecognizable from one another, the whole system of life would fall apart as no one would be able to recognize friend from foe, family and relatives from others, etc. and this too is one of the secrets of creation. 14

No! Indeed, you deny the Retribution.

i. Arrogance in the Face of Beneficence

One of the possible reasons behind man’s arrogance was mentioned in prior verses of Surah Infitar: What has deceived you about your generous Lord? From this verse, one can conclude that the reason for their disbelief and sins was becoming arrogant due to Divine beneficence; however, they did believe in Qiyamah and reward and punishment even if it was only potentially. 15 1

Addressing All Disbelievers and Sinners

From verses 6-8 of Surah Infitar, God uses the singular pronoun while addressing man; however, in this verse He suddenly uses the collective pronoun in order to show that whoever joins man in committing sins and disbelief, the only reason for it is disbelief in the Day of Retribution. 17

Indeed, there are over you watchers,

Who know whatever you do.

These verses indicate that apart from reminding the owner of actions of what he performed, actions are also preserved in another way, i.e. through the angels who record man’s deeds and are appointed to a person throughout his life and it is based on this that man is rewarded or punished. 18

Attributes of these Angels

These angels are referred to as noble and dignified and honorable in the eyes of God; this attribute has been mentioned repeatedly in the Quran.

It does not seem farfetched – based on the context – to say that it means that creation-wise angels are creatures that are immune to sins and are by nature infallible.

One of the other verses that attest to this is the following: …Rather they are [His] honoured servants; They do not venture to speak ahead of Him, and they act by His command. 19

These verses show that the angels neither will anything other than God’s will nor perform any action except what He has ordered. 20

The Angels have Knowledge of Actions and Intentions

The angels recording our deeds do not make mistakes in distinguishing between our good and bad actions. Therefore, angels neither sin nor err and have complete knowledge over man’s actions with all its details and characteristics and record them as such.

From this verse one can also conclude that the angels have knowledge of man’s intentions as well since the verse states that they know what we do and it is obvious that without knowing of one’s intentions they cannot know of the particulars of action and whether they are good or bad. 21

Indeed the pious shall be amid bliss,

And indeed the vicious shall be in hell,

These two verses indicate the result and outcome of the recording of deeds and the manifestation of that on Qiyamah. 22

The word ‘abrar’ (أبرار)mentioned in verse 13 of Surah Infitar refers to the doers of good. 23

The word ‘na‘eem’ (نعیم) which means full of blessings 24 has been used as an indeterminate noun form to indicate their greatness and that this greatness is not something that one can fully understand. 25

The word ‘fujjar’ (فجار) which is the plural of ‘fajir’ (فاجر) means to split or cleave and in terms of people it refers to those who are shameless and irreverent. 26

The word ‘jaheem’ (جحیم) used in verse 14 refers to Hell and is used in the indeterminate noun form to indicate that the dreadfulness and frightfulness of Hell is not something that one can fully grasp. 27

In regards to Hell also it has been mentioned in the indeterminate form for the same reason that was mentioned for blessings above. 29

Each Person for Himself

One of the realities of Qiyamah, according to the verses of Surah Infatarat is that no one can do anything for another person: a person can neither ward off evil for another nor attract any good for him and it is only God who is the owner on that day and none else has the slightest share of ownership on that day.

This verse of Surah Infitar does not, however, refute mediation because mediation too is with the permission of God and therefore there again God is the owner and possessor not the mediator. 30

A Summary of Surah Infitar

Like many of the chapters of the 30th part of the Quran, Surah Infitar too deals with the realities of Qiyamah. The chapter starts off with describing the events of the end of the world. It then goes on to discuss man and his actions and his arrogance as well as God’s lordship and generosity. It also delves into why man is arrogant and also has a brief discussion on the recording of deeds and the angel assigned to this task. It ends with describing the fates of the good and evil doers.

Solomon in the Quran

Solomon in the Quran is one of the great prophets … 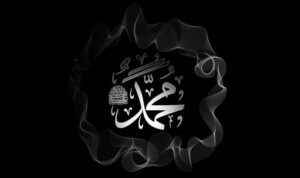 The Martyrdom of Prophet Muhammad (s)

The Noble Prophet, Muhammad, peace be upon him and his …

How to Be Blessed With a Baby Boy or Girl

Many people want their child to be of a specific …