Angels in the Quran

Angels have been mentioned in various surahs of the Quran. Only the names of two of them have been mentioned: Gabriel (جِبرائيل) and Michael (میکائیل). Nevertheless, God mentions how they have been charged with specific duties and describes the appearance of some angels. In this article on Islam4u, we will take a look at:

Gabriel the Angel of Revelation

God created the angels in order to carry out His commands. They are beings that are made of light and do not have a gender unlike humans and jinn. All of them obey God, meaning they do not have free will like humans and jinn. In other words, they are all righteous beings that constantly glorify God and carry out His commands. One specific angel by the name of Gabriel is charged with the duty of sending revelation to prophets and saints. The Quran says:

Say, ‘Whoever is an enemy of Gabriel [should know that] it is he who has brought it down on your heart with the will of Allah, confirming what has been [revealed] before it and as a guidance and good news for the faithful.’ 1

This verse shows that Gabriel would reveal the verses of the Quran to Prophet Muhammad  and it was Gabriel who was the intermediary between God and the Prophet.

The name of Michael has been mentioned only once in the Quran:

[Say,] ‘Whoever is an enemy of Allah, His angels and His apostles and Gabriel and Michael, [let him know that] Allah is the enemy of the faithless.’ 2

Narrations say that Michael is in charge of providing people’s sustenance. God revealed this verse to the Noble Prophet when a group of people among the Children of Israel at the time of the Prophet expressed their hatred toward God’s angels including Gabriel and Michael.

Believing in God’s Angels Is Necessary

One of the things that Muslims must believe in is God’s angels. If a Muslim does not believe in them and the roles they play in carrying out God’s commands, he is not a genuine Muslim. There is a verse in the Quran that says:

The Apostle and the faithful have faith in what has been sent down to him from his Lord. Each [of them] has faith in Allah, His angels, His scriptures and His apostles. [They declare,] ‘We make no distinction between any of His apostles.’ And they say, ‘We hear and obey. Our Lord, forgive us, and toward You is the return.’ 3

This is essentially what every believer must believe in:

Therefore, if someone says that he does not believe in angels, his faith is not complete.

Allah Informs the Angels of His Vicegerent

Angels were created a long time before the human being, specifically Prophet Adam (peace be upon him). God informed them that He wants to create a human being who would be His vicegerent on the earth. They said:

They said, ‘Will You set in it someone who will cause corruption in it and shed blood, while we celebrate Your praise and proclaim Your sanctity?’ He said, ‘Indeed I know what you do not know.’ 4

They knew that it was possible for human beings to shed blood due to the properties that the human being’s essence has. In other words, humans have a material body and a soul. Moreover, human beings have free will and can cause corruption on earth. On the other hand, angels are pure spirits who never defy God and always celebrate His praise. However, God said that He knows something that they do not. Then the Quran says:

And He taught Adam the Names, all of them; then presented them to the angels and said, ‘Tell me the names of these, if you are truthful.’ 5

The angels expressed their inability. Then God told Adam to inform them of the names. When Adam did so, God told them:

This shows that human beings have been given the potential to surpass even angels. Indeed, the rank of God’s prophets is higher than them.

God wanted to show the angels the worth of His vicegerent on earth, namely Adam. Therefore, He commanded all of them as well as a jinn named Iblīs to fall prostrate before Adam. The Quran says:

Thereat the angels prostrated, all of them together,

but not Iblis: he refused to be among those who prostrated. 7

One thing to note here is that Iblīs, who later became known as Satan (شيطان), was among the jinn. However, because he had worshipped God very much and for many years, he was admitted to the rank of the angels. Therefore, it is not correct to say that Satan was first an angel whose defiance caused him to fall and become a fallen angel like it is said in Christian tradition. These two verses show the infallibility of angels and the fallibility of the jinn. When Satan was asked why he did not prostrate toward Adam, he said:

‘I am better than him,’ he said. ‘You created me from fire and You created him from clay.’ 8

In another verse, Satan is quoted as saying:

Said he, ‘I will not prostrate before a human whom You have created out of a dry clay [drawn] from an aging mud.’ 9

In other words, the Satan said I am better than a creature made from a smelly, aging mud. Therefore, Satan was expelled from God’s proximity:

He said, ‘Begone hence, for you are indeed an outcast,

and indeed the curse shall lie on you until the Day of Retribution.’ 10

In this way, Satan became man’s enemy and swore that he would cause the children of Adam to deviate from the right path.

Angels That Spoke to Certain People

Angels usually descend upon individuals and speak to them. This is especially true with respect to prophets. They would come to them in the form of human beings and would carry God’s messages. For example, two of them descended on Prophet Ibrahim (peace be upon him) in order to give him the good news of the birth of a son from his wife Sarah. They also told him that they will go to Prophet Lot (peace be upon him) in order to inform him of the punishment of his people. Moreover, they spoke to Prophet Zechariah (peace be upon him) and gave him the good news of John. The verse reads:

Then, as he stood praying in the sanctuary the angels called out to him: ‘Allah gives you the good news of John, as a confirmer of a Word of Allah, eminent and chaste, a prophet, and one of the righteous.’ 11

They also spoke to Mary. Once, they said:

O Mary, be obedient to your Lord and prostrate and bow down with those who bow [in worship].’ 12

Furthermore, an angel came to Mary in the form of a perfect human being in order to give her the news of the birth of Jesus from her. Besides, they also descend on very righteous people and tell them not to worry or grieve, and give them the good news of paradise that God has promised them:

Indeed those who say, ‘Our Lord is Allah!’ and then remain steadfast, the angels descend upon them, [saying,] ‘Do not fear, nor be grieved! Receive the good news of the paradise, which you have been promised. 13

Angels Support Those Who Are Steadfast

It is one of the divine precedents (سُنَّة) of God that if you support God’s cause, God will support you and make you victorious. Moreover, God will send thousands of angels to aid you:

Yes, if you are steadfast and Godwary, and should they come at you suddenly, your Lord will aid you with five thousand angels sent in [to the scene of battle]. 14

Therefore, if all Muslims in the world are steadfast and revere God, God will send thousands of angels to support them against their enemies, namely the arrogant world powers and world devourers.

The Angels who Torture the Disbelievers

Were you to see when the angels take away the faithless, striking their faces and their backs, [saying], ‘Taste the punishment of the burning. 15

Therefore, one of the duties God has assigned to angels is punishing the disbelievers in the grave. However, they will treat those who are righteous differently:

Those whom the angels take away while they are pure. They say [to them], ‘Peace be to you! Enter paradise because of what you used to do.’ 16

All praise belongs to Allah, originator of the heavens and the earth, maker of the angels [His] messengers, possessing wings, two, three or four [of them]. He adds to the creation whatever He wishes. Indeed Allah has power over all things. 17

So some angels have two, some three, and some have four wings. This is the only verse that talks about their special creation and how they have different number of wings. Their duties are also different. Some of them are protectors and guards of people’s lives; some of them write the good and bad deeds of individuals; two angels by the name of Nakīr (نَکیر) and Munkar (مُنکَر) question a person in the grave about his beliefs; some of them bring sustenance; some reveal the messages of God to prophets; some give good news to believers; some take away people’s souls; and one specific angel blows the trumpet twice on the Day of Judgment. That angel’s name is Isrāfīl.

They Descend to the Earth on the Night of Ordainment

God says the following in the Quran in surah Qadr (قَدر) about the Night of Ordainment (Qadr):

In it the angels and the Spirit descend, by the leave of their Lord, with every command. 18

On the Night of Qadr, the angels descend to the vicegerent of the time who would be the Mahdi and God through them would ordain people’s destinies.

Angels are creatures whom God has created for several purposes, mainly to carry out His commands. They are the medium and intermediary between God and His prophets. They are in charge of protecting people’s lives until their soul is taken away by the angel of death. Therefore, they play a prominent role in the divine system.

Man in the Quran

Allah Almighty talks about man and how He has made …

Surah Ahzab is the 33rd surah of the Quran that …

Mecca in the Quran

Mecca in the Quran is named as the Mother of … 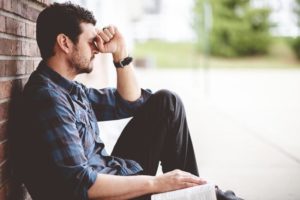 Depression and Disappointment: How to Overcome Them

Disappointment and depression; two factors that ruin your life and …

Haqqah (حاقه), meaning “the Inevitable Reality”, is one of the … 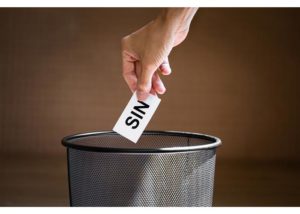 How to Break the Cycle of Sinning and Repenting

Many people get stuck in a vicious cycle of sinning …