John (یحیی) in the Quran is a prophet who was born from a great Israelite prophet, namely Zechariah. He has been given the title John the Baptist (یوحنا المعمدان). John was the son of Zechariah and Elizabeth (ايشاع) and was born miraculously, as his father was very old and his mother was barren. In fact, God had willed it, so it happened. God mentions his name five times in the Quran. In this article on Islam4u, we will take a look at:

Who Is John in the Quran?

John was the son of Prophet Zechariah , one of the prophets of the Children of Israel (بَني اسرائیل). His birth was a miracle because his parents were very old and Zechariah’s wife was barren. Zechariah, who was the guardian of Mary in the Temple, would sometimes go to see Mary. Once, he saw that Mary was busy eating fruits and food in the sanctuary. Zechariah asked Mary where she got those provisions. She answered, they are from God as He gives provision to whomever He wishes without measure. This was when Zechariah prayed to the same God who gives without measure for a son who would succeed him. Therefore, God gave him the good news of John while he was praying in the sanctuary:

Then, as he stood praying in the sanctuary the angels called out to him: ‘Allah gives you the good news of John, as a confirmer of a Word of Allah, eminent and chaste, a prophet, and one of the righteous.’ 1

As the verse says, John would be born to confirm the Word of God, that is, Jesus the Messiah. John was the cousin of Jesus’ mother.

John in the Quran is Raised to Prophethood

John was the follower of the creed of Ibrahim and Moses just like his father. God said to him:

Therefore, John was a child when he was raised to prophethood. He was a prophet to the Children of Israel. John was very pious and was good to his parents as the Quran says:

And a compassion and purity from Us. He was Godwary

And good to his parents, and was not self-willed or disobedient. 3

God sends peace to him in the Quran:

According to narrations, this verse means that his safety was guaranteed when he was born and when he died, and God will guarantee his safety on the Day of Resurrection.

Who Are the Followers of John in the Quran

There are a group of people who are known as Sabaeans or Sabians (صابئین) aka Mandaeans who say that they are the followers of John the Baptist. The Quran has mentioned their name three times next to Jews and Christians:

Indeed the faithful, the Jews, the Christians and the Sabaeans—those of them who have faith in Allah and the Last Day and act righteously—they shall have their reward from their Lord, and they will have no fear, nor will they grieve.

Indeed the faithful, the Jews, the Sabaeans, and the Christians—those who have faith in Allah and the Last Day and act righteously—they will have no fear, nor will they grieve.

Indeed Allah will indeed judge between the faithful, the Jews, the Sabaeans, the Christians, the Magians and the polytheists on the Day of Resurrection. Indeed Allah is witness to all things.

The Sabaeans are considered as People of the Book as they have certain scriptures, some of which they ascribe to John such as the Mandaean Book of John that includes a conversation between John and Jesus. They are considered monotheists , even though they have a dualistic worldview like Zoroastrians. Their act of worship consists mostly of baptism or an act known as ghusl in Islam terminology. For this reason, they tend to live near rivers.

John in the Quran: In Islamic Narrations

Narrations say that John was a very ascetic man who used to weep very much for God. He would wear rough clothing and would worship God in Bayt al-Muqaddas (بَيتُ المُقَدَّس) or the Holy Temple as it was known in those days. 5 Narrations also say that when Zechariah was busy preaching people in a gathering where John was present, he would not make any mention of heaven or hell due to John’s delicate spirit. That is because he would weep very much when hearing the descriptions of heaven and hell.

John in the Bible

The Bible speaks very much about John and relates different stories of him. His birth is described in detail in the Gospel of Luke and is similar to the account given by the Quran. 6 Some of his admonitions to people have been recorded in the Bible:

In those days John the Baptist came, preaching in the wilderness of Judea 2 and saying, “Repent, for the kingdom of heaven has come near.” 3 This is he who was spoken of through the prophet Isaiah: “A voice of one calling in the wilderness, ‘Prepare the way for the Lord, make straight paths for him.’” 7

But perhaps the most important thing done by John was confirming and baptizing Jesus:

13 Then Jesus came from Galilee to the Jordan to be baptized by John. 14 But John tried to deter him, saying, “I need to be baptized by you, and do you come to me?” 15 Jesus replied, “Let it be so now; it is proper for us to do this to fulfill all righteousness.” Then John consented. 8

God would usually tell the story of Karbala and the martyrdom of Imam Hussain (امام الحسین) to his prophets, including the first prophet, Adam. When He told Zechariah the story, Zechariah wept a lot and asked God to give him a son who would be martyred like Imam Hussain. Therefore, God gave Zechariah John. According to a narration, one of the Israelite kings wanted to get married to one of his blood relatives which would be incest. Therefore, John warned him against doing so. The loved one of the king whose name is mentioned as Salome (سالومه) was enticed by her mother and said she would get married to the king provided he brings John’s head on a gold plate.

It is written in narrations that when John’s head was severed and his blood dripped on the ground, it started boiling and would not stop no matter how much dust and sand they poured on it. It was like this until Nebuchadnezzar II came and destroyed the Temple and killed several thousand people among the Israelites, and avenged John’s blood. Of course, Nebuchadnezzar II was not a good person himself either.

John in the Quran is one of the great prophets of God who was sent to the Children of Israel. John was very pious and ascetic and used to weep a lot for God Almighty. He became a prophet when he was only a child and was given wisdom. God sends peace to him and guarantees his safety the day he was born, the day he died, and the day he will be resurrected.

Surah Hijr (سورة الحجر) is the 22nd surah of the …

Surah Ikhlash focuses on the oneness and unity of God …

How to Get Rich

Have you ever wondered what Islam has to say about … 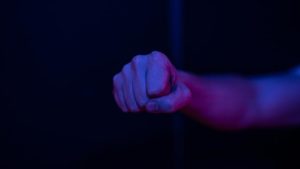 Violence! How can we talk about violence in the Quran …

Surah al-Fil, meaning the elephant, narrates with only 5 verses …