Home » Ahlul Bait » Imam al-Baqir (a): The Splitter of Knowledge 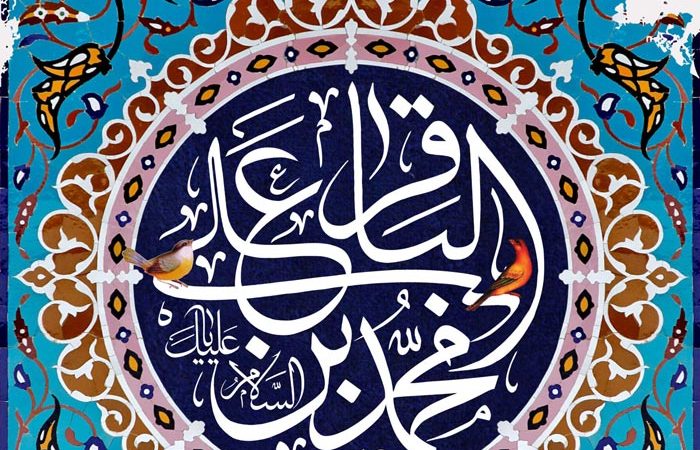 Imam al-Baqir (a): The Splitter of Knowledge

Imam Muhammad ibn ‘Ali al-Baqir (a) is the fifth Twelver, Shiite Imam known for his vast knowledge of Islamic sciences and teachings. He is known as “Baqir al-Ulum” or “the splitter of knowledge and sciences.” He was a great teacher and had many students, including his own son, Imam Ja’far al-Sadiq (a), who would become the next Twelver Imam. He is highly respected and revered by Shia Muslims around the world. This article on Islam4u intends to discuss the life, character, and virtues of this holy Imam.

The Birth of Imam al-Baqir

Imam Muhammad ibn ‘Ali al-Baqir (a) was born in Medina on Friday Rajab 1, 57 AD, coinciding with May 10, 677 AD. His birth also coincided with a period of political turmoil in the Islamic world. The Umayyad dynasty was in power and had marginalized the descendants of Prophet Muhammad. However, his birth was seen as a sign of hope for the Shia community and a continuation of the guidance and leadership of Prophet Muhammad’s family.

The Parents of Imam al-Baqir

The father of Imam al-Baqir (a) was the fourth Twelver Shiite Imam, Imam Ali ibn al-Hussain al-Sajjad (a), titled Zayn al-‘Abidin (the beauty of worshippers). His mother was Fatima bint al-Hassan, the daughter of Imam al-Hassan al-Mujtaba (a), the second Imam of the Shia. Therefore, Imam al-Baqir (a) was a descendant of the Prophet from both grandsons of the Prophet, meaning Imam al-Hassan (a) and al-Hussain (a).

Imam al-Baqir (a) had two wives, Umm Farwah and Umm Hakim. He had two sons from Umm Farwah, Ja‘far (the sixth Shiite Imam) and ‘Abdullah. From Umm Hakim, he had two sons named Ibrahim and ‘Ubaydullah. It is said that he had two daughters named Zainab and Umm Salamah from two of his maids.

Imam al-Baqir’s teknonym was Abu Ja‘far, meaning the father of Ja‘far (a). He had various titles such as “al-Baqir” (the splitter), “al-Amin” (the trustworthy), “al-Hadi” (the guide), and “al-Shakir” (the one who gives thanks).

Imam al-Baqir (a) was a highly respected leader and teacher in the Shia Muslim community, known for establishing a scientific movement that reached its peak during the imamate of his son, Imam al-Sadiq (a). He was considered the leader of Banu Hashim in science, asceticism, greatness, and virtue. His narrations and hadiths in the field of religious knowledge as well as his works and traditions of the Prophet, the sciences of the Quran, the way of life, and ethics and manners, were so extensive that none of the children of Imam al-Hassan (a) and al-Hussain (a) were like that at the time.

Imam al-Baqir (a) Stated Many Hadiths and Narrations

His holiness not only emphasized the importance of spreading these hadiths but also encouraged his followers to truly understand and familiarize themselves with their meanings. He believed that knowledge of the hadiths, both in their narration and understanding, was crucial for achieving the highest levels of faith. He urged his companions to strive to increase their knowledge and understanding of the Ahlul Bait‘s hadiths and said that the level of faith of his Shiite followers could be determined by their knowledge of these hadiths.

The Duration of Imam al-Baqir’s Imamate

Imam al-Baqir (a) succeeded his father, Imam al-Sajjad (a) as the Imam in the year 95 AH after his father’s martyrdom. His father held him in high regard, and when asked why, he said, “This is because the imamate will continue through his descendants, lasting until the day when our Qaim rises and fills the world with justice. Therefore, he is both an Imam and the father of Imams.” The duration of Imam al-Baqir’s imamate was nineteen years.

Companions and Students of Imam al-Baqir (a)

The number of companions and students of Imam al-Baqir (a) who narrated hadiths from him varies in different sources, with estimates ranging from 462 men and two women, according to Sheikh Tusi, 477, according Baqir Sharif al-Qarashi, and 654 people, according to Azizullah Atarudi. Six of these companions, Zurarah ibn A’yun, Ma’ruf ibn Kharrabudh, Burayd ibn Mu’awiya, Fudayl ibn Yasar, Muhammad ibn Muslim, and Abu Basir Asadi, are considered companions of ijma’ (اجماع), meaning their authority is well-established among Shia narrators of hadith. Shia scholars consider these six individuals as the best jurists of early Islam among the companions of Imam al-Baqir (a) and Imam al-Sadiq (a). Some companions and students of Imam al-Baqir (a) are trusted by both Sunnis and the Imamiyyah (i.e., Twelvers Shiites). In contrast, others are trusted only by the Imamiyyah due to their Shia tendencies.

Imam al-Baqir (a) was martyred during the caliphate of Hisham bin Abd al-Mulk on Dhil Hijjah 7, 114 AH. It is said so because Hisham was the caliph from 105 to 125 AH, and the last year that historians have determined the martyrdom of Imam al-Baqir (a) is 118 AH. There are different reports about the person or persons involved in his murder. Some sources have identified Hisham bin Abdul Malik as the one who martyred him. In contrast, some have identified Ibrahim bin Waleed as the one who poisoned him.

After his martyrdom, Imam al-Baqir (a) made a will to be buried in the clothes in which he had prayed. He was buried in al-Baqi cemetery, next to the graves of his father Imam al-Sajjad (a), and his father’s uncle Imam al-Hassan (a). The Imam made a will that they hold mourning ceremonies for him in Mina during Hajj for ten years.

A Few Hadiths by Imam al-Baqir (a)

1. How many individuals have been driven by greed for worldly matters, ultimately leading to their downfall and misery, while others have disliked certain affairs of the hereafter yet ultimately found happiness in achieving them. (Bihar al-Anwar, vol. 75, p. 166)

3. Nothing has been mixed with something else better than forbearance with knowledge. (Bihar al-Anwar, vol. 75, p. 172)

4. Achieving ultimate perfection requires an understanding of one’s religion, patience during difficult times, and being measured in how one spends one’s life. (Bihar al-Anwar, vol. 75, p. 172)

5. A scientist whom others benefit from his knowledge is better than seventy thousand worshippers. (Bihar al-Anwar, vol. 75, p. 173)

Imam al-Baqir (a) was the fifth Twelver Shiite Imam and a prominent figure in early Islamic history. He played an important role in the development of Shia Islam. He was a respected religious leader and teacher who left a lasting impact on his followers through his teachings, knowledge, and wisdom. He was martyred for his firm beliefs and actions, and his legacy continues to be honored and remembered by many to this day. Imam al-Baqir (a) was a great leader who dedicated his life to the service of the community, and his legacy continues to inspire many. His teachings and guidance on religious and moral issues have been passed down through the generations and continue to be studied and followed. The study of his life, teachings, and legacy is crucial to understanding the early development of Shia Islam and the history of Islamic thought.