Home » Prophets » Ismail in the Quran 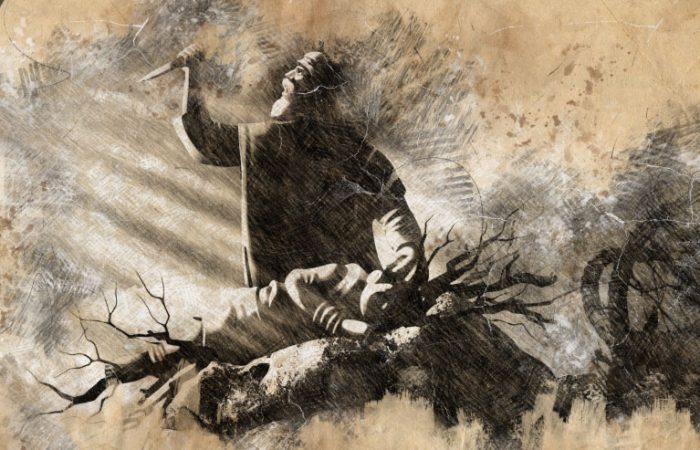 Ismail in the Quran

Ismail in the Quran who is also known as Ishmael is one of the great prophets of God who lived in Hejaz, and was sent to guide the people there. Ismail was the elder son of Ibrahim and together they rebuilt the Kaaba. Ismail was also the one who was to be sacrificed by Ibrahim as per the order of God Almighty. God has mentioned his name 11 times in the Quran. He is given the title Dhabīḥullah (ذبيح الله) meaning the sacrificed one of God. In this article on Islam4u Blog, we will take a look at:

Why did Prophet Ibrahim Rebuild the Kaaba? Click to understand.

Ismail in the Quran: His Birth

The Quran speaks about the birth of Prophet Ismail (اسماعیل) in surah Ṣāffāt which is the 37th surah of the Quran. Prophet Ibrahim prays for a son and God gives him the good news of a forbearing son:

So We gave him the good news of a forbearing son. 1

Ismail was born from Hajar (هاجر), the handmaiden whom the Egyptian king had given to Sarah. Because Sarah (ساره) was barren, she gave her handmaiden Hajar to Ibrahim (ابراهيم) to marriage. So they married and she conceived Ismail.

Ismail in the Quran: One of the Great Prophets

Prophet Ismail who is known as Ishmael in the Bible was the son of Prophet Ibrahim. He was a prophet of high status who was obedient to his father and thus, to God. Prophet Ismail’s father Ibrahim left him in the Hejaz along with his mother Hajar on account of Sarah’s jealousy of her. The spring of Zamzam gushed forth beneath Ismail’s feet after Hajar ran seven times between Mount Safa (صَفا) and Mount Marwah (مَروَة) in search for water. God speaks highly of Ismail in the Quran such as in the following verses:

And Ishmael, Elisha, Jonah and Lot—each We graced over all the nations— 2

And remember Ishmael, Elisha and Dhu’l-Kifl—each [of whom was] among the elect. 3

And [remember] Ishmael, Idris, and Dhul-Kifl—each of them was among the patient. 4

The first verse indicates Ismail’s superiority over others. The second verse shows that God had selected him as one of his prophets. The third verse shows that he was among the patient, like all other prophets of God. In fact, patience is one of the characteristics of prophets.

Reconstruction of the Kaaba

God had ordered Adam to build the Kaaba after his fall from the Garden of Eden. However, years had passed and no trace of the Kaaba was left. Therefore, God showed Ibrahim where the Kaaba was and ordered him and his son Ismail to build it once again. The Kaaba was in the same region Ibrahim left Hajar and Ismail, that is, Mecca. The Quran says the following after Ibrahim and Ismail built the Kaaba:

As Abraham raised the foundations of the House with Ishmael, [they prayed]: ‘Our Lord, accept it from us! Indeed You are the All-hearing, the All-knowing. 5

They Quran quotes them as saying:

‘Our Lord, raise amongst them an apostle from among them, who will recite to them Your signs and teach them the Book and wisdom and purify them. Indeed You are the All-mighty, the All-wise.’ 6

As a matter of fact, their last prayer was for the coming of Prophet Muhammad , peace be upon him and his progeny, as he would come to recite the signs of God, teach them the Book and wisdom, and purify people.

The Sacrifice of Ismail in the Quran

Ismail and his mother lived in Mecca while Ibrahim would sometimes visit them. When Ismail grew to be a fine young man, Ibrahim had a dream:

When he was old enough to assist in his endeavour, he said, ‘My son! I see in dreams that I am sacrificing you. See what you think.’ He said, ‘Father! Do whatever you have been commanded. If Allah wishes, you will find me to be patient.’ 7

When prophets dream of something, it is the same as revelation. Therefore, when Prophet Ibrahim has a dream that he is sacrificing his son, it is in fact God’s command. Besides, the dream was a means for testing Ibrahim.

So when they had both surrendered [to Allah’s will], and he had laid him down on his forehead,

We called out to him, ‘O Abraham!

You have indeed fulfilled your vision! Thus indeed do We reward the virtuous!

This was indeed a manifest test.’

Then We ransomed him with a great sacrifice,

and left for him a good name in posterity: 8

According to Quranic commentators God sent a ram to be sacrificed in his stead. Therefore, people came to call Ismail Dhabīḥullāh, meaning the one sacrificed for Allah. Jews say that Isaac was the son of Ibrahim whom he wanted to sacrifice, but according to the Quran this is wrong. Even though Ismail’s name is not mentioned, God gives the good news of his birth by calling him a forbearing son in verse 101 of chapter 37. After the story of the sacrifice is told, in the next verses God gives Ibrahim the good news of the birth of Isaac:

‘Peace be to Abraham!’

Thus do We reward the virtuous.

He is indeed one of Our faithful servants.

And We gave him the good news of [the birth of] Isaac, a prophet, one of the righteous. 9

Therefore, the forbearing son that God gave the news of his birth first in verse 101 was Ismail as Ibrahim had only two sons, and verse 112 gives the good news of Isaac after telling the story of the sacrifice. As a result, it becomes clear that the forbearing son, that is, Ismail was the one who was to be sacrificed.

Ismail in the Quran: The Uncle of Jacob

The article Ibrahim in the Quran explained how the word ab (أب) can have more than one meaning in Arabic. One of them is father and another is uncle. Therefore, Azar who was called ab by Ibrahim was not the father of Ibrahim as all prophets’ fathers must be monotheists , but rather he was Ibrahim’s uncle. There is another verse that proves the fact that ab means uncle with respect to Ismail. The verse reads:

Were you witnesses when death approached Jacob, when he said to his children, ‘What will you worship after me?’ They said, ‘We will worship your God and the God of your fathers, Abraham, Ishmael, and Isaac, the One God, and to Him do we submit.’ 10

Undoubtedly, Ismail was not the father of Jacob , but his uncle, meaning the brother of his father. However, Ismail is included among the fathers of Jacob. This shows that the word ab can mean both father and uncle.

Ismail in the Quran: The Ancestor of Prophet Muhammad

Most of the prophets are from the progeny of Ibrahim through Isaac. They include: Jacob, Joseph , Moses , Aaron , David , Solomon , and others. However, Prophet Muhammad, the best of creation, let alone prophets, was the descendant of Ismail. This itself give a higher status to Ismail when compared to other prophets including Ibrahim’s other son Isaac.

However, the Jews were not happy that a prophet would come from Ismail rather than Isaac. Therefore, they did not believe in him, despite the fact that the Prophet’s characteristics were written in their books and they knew he was the last prophet. Read more about Prophet Muhammad in the article, Prophet Muhammad and the Quran.

The Tomb of Ismail

Ismail was buried in a special tomb where his mother was also buried and that people came to call Ḥijr (حِجر) of Ismail. Hijr means to stop and they named it so because this was the stopping place of Hajar and Ismail and they lived in that place. It is incumbent on hajj pilgrims to circumambulate (طواف) around the Hijr of Ismail as well while circumambulating the Kaaba. Otherwise their circumambulation will not be valid.

Ismail in the Quran is one of God’s greatest prophets. He was son of the great prophet of God, Ibrahim. What makes Ismail unique is the fact that the final Apostle of God, Muhammad, peace be upon him and his progeny, is from his lineage. Ismail earned the title Dhabīḥullāh due to almost being sacrificed by Prophet Ibrahim. In conclusion, by reading the story of Ismail in the Quran, we learn that obeying God at all times is rewarding, even if it means for one to be sacrificed.