Khidr in the Quran

Khidr in the Quran is a pious, righteous, and knowledgeable servant of God who becomes the teacher of Prophet Moses. Some have said that Khidr is a prophet. He drank from the “Water of Life” and is still alive. In this article, we will take a look at:

The Story of Khidr in the Quran

Despite the fact that the Quran does not mention the name of Khidr (خِضر), almost all Quranic exegetes agree that the man who Moses looked for to teach him things he did not know was Khidr, as mentioned in surah Kahf verses 60-82.

Khidr in the Quran: The Confluence of Two Seas

The story begins by Moses saying to his travel companion whom exegetes identify as Joshua the son of Nun (یوشع ابن نون), his vicegerent, “I will go on [journeying] until I have reached the confluence of the two seas, or have spent a long time [travelling].” 1 Therefore, they reached the meeting place of two seas and something strange happened:

So when they reached the confluence between them, they forgot their fish, which found its way into the sea, sneaking away. 2

The fish all of a sudden came to life and jumped into the sea! Then Moses said:

So when they had passed on, he said to his lad, ‘Bring us our meal. We have certainly encountered much fatigue on this journey of ours.’ 3

He said, ‘Did you see?! When we took shelter at the rock, indeed I forgot about the fish—and none but Satan made me forget to mention it!—and it made its way into the sea in an amazing manner!’ 4

Moses said, “That was what we were looking for! So they retraced their steps.”

When Moses went back to the place the fish jumped into the sea, he found a great man standing before him. The Quran says the following about him:

[There] they found one of Our servants whom We had granted a mercy from Ourselves, and taught him a knowledge from Our own. 5

This man was the great Prophet Khidr. Moses said to him, “Can I follow you so that you may teach me some of the things God has taught you? Khidr said, “Indeed you cannot have patience with me! And how can you have patience about something you do not comprehend?” 6 However Moses, assured him that he will have the patience and he will not disobey him. Khidr stressed that he does not question him concerning anything until he himself first mentions it to him. So Moses agreed and they began their journey.

Moses and Khidr Go on a Boat

Moses and Khidr went on a boat. Suddenly, Khidr started making a hole in the boat. Moses said, “Do you wish to drown the ones on board? You have done a monstrous thing!” Khidr said:

‘Did I not say that you cannot have patience with me?’ 7

Moses quickly apologized and said he would not question him again and told him to be easy on him.

So Moses and Khidr continue their journey until they come across a young boy. Khidr kills the boy. Moses becomes angry and tells him, “Why did you kill an innocent boy who had not killed anyone? You have done a very bad thing!” Khidr repeated his words, “Did I not tell you that you cannot have patience with me?” 8 Moses came to his senses and said:

‘If I question you about anything after this, do not keep me in your company. You already have enough excuse on my part.’ 9

So Moses and Khidr continued their journey until they came to a town. They asked for some food, but the people of the town did not give them anything and were not hospitable to them. Meanwhile, they came upon a wall that was about to collapse. Khidr erected it. Moses protested and said, “Why did you do it for free? You could have asked for a wage for building the wall?” Khidr said:

He said, ‘This is where you and I shall part. I will inform you about the interpretation of that over which you could not maintain patience. 10

Khidr in the Quran: The Boat

Khidr said that the boat belonged to a group of people who were poor and used to work on the sea. Because the king usurped every boat, he made it defective so it would not be seized.

Khidr in the Quran: The Boy

Khidr said that the boy’s parents were faithful people. However, the boy would grow up to take away their faith. That is why he killed him.

Khidr in the Quran: The Wall

Khidr said that the wall was for two orphans in the city and there was a treasure beneath it that belonged to them. Their father was also a good man. Therefore, God willed that when they grew up, they would uncover the treasure as a mercy from God. Then Khidr went on to say that he did not do these things out of his own accord, but with God’s leave. So this was the interpretation of the things that Moses could not be patient about.

Moses in the Quran

Moses (موسیٰ) is one of the greatest prophets of God …

Shirk in the Quran

Shirk in the Quran is a sensitive topic.­ Shirk (شِرك) …

The Quran is the Holy Scripture of Muslims that God revealed to His final prophet, Muhammad , peace be upon him and his progeny. 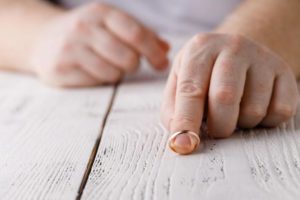 Stay Single or Get Married? The Advantages of Marriage in Islam

Stay single or get married? To be or not to …

Surah Maryam is the 19th chapter of the Noble Quran …