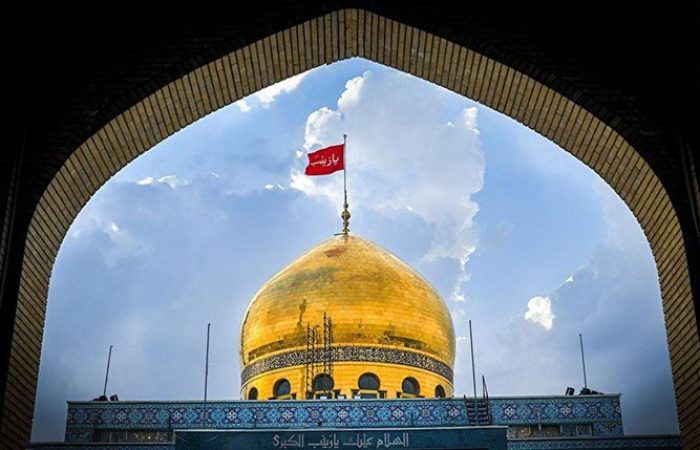 Lady Zainab (a) was the honorable and respected daughter of Imam Ali (a) and Lady Fatima (a), the granddaughter of the Noble Prophet, Muhammad (s), and the sister of the two Imams al-Hassan (a) and al-Hussain (a). This article will discuss Lady Zainab’s character, one of the most influential personalities of the Ahlul Bait (a).

The Birth of Lady Zainab (a)

Zainab married Abdullah ibn Ja‘far ibn Abi Talib, her cousin, in 17 AH. She had four sons named Ali, ‘Awn, Abbas, and Muhammad. She also had one daughter named Umm Kulthum. Two of her sons, ‘Awn and Muhammad, were present in Karbala and were martyred on the tenth of Muharram. Lady Zainab had specified in her marriage contract that her husband must allow her to be with Imam al-Hussain (a) wherever he would go.

Lady Zainab was exceptionally knowledgeable and a highly proficient orator. Her sermons in the court of Ibn Ziyad in Kufa and the court of Yazid in Damascus are manifestations of her knowledge, oratory, and eloquence. When she was delivering the sermon in Kufa, everyone was reminded of her father, Imam Ali (a). She was also a teacher of tafsīr of the Quran for the women of Kufa before the events of Karbala.

Lady Zainab’s devotion and acts of worship were exceptional. It is reported that she would always keep nightly vigils and never missed the night prayer (salat al-layl). She came to be called “the female worshipper of Allah from the progeny of Ali.” When Imam Al-Hussain (a) was bidding farewell to his dear sister, Zainab, he said, “Do not forget to pray for me in your night prayer.”

Lady Zainab: The Leader of the Campaign Against Injustice

After the martyrdom of Imam al-Hussain (a), Lady Zainab (a) played a crucial role. Her duty was to convey the message of Imam al-Hussain (a) as the savior of Islam to all people. She fulfilled this duty in the best way possible with the enlightening sermons she delivered in Kufa and Damascus. She also protected the Imam of her time, Imam al-Sajjad, from being killed on several occasions. If it were not for her, the legacy of the Prophet and the Imams would not endure.