Soul in the Quran

Soul in the Quran has been described as a supernatural phenomenon that is difficult to fully understand for the human being. In fact, all human beings possess a soul or spirit that is inside a body and performs various functions. There exists a reciprocal relationship between the soul and the body in the sense that the soul affects the body and vice versa. However, it is important to realize that the rūḥ (روح) that has been mentioned in the Quran also refers to a special creation of Allah and sometimes to Gabriel (جبرائيل). In this article we will delve deeply into this topic from the perspective of the Quran.

The following topics will be discussed:

Soul in the Quran: The Soul or Spirit of Allah

This soul of ours is an endowment that Allah has given us of His own spirit. When Allah wanted to create Adam, He first fashioned him into a perfect human being and as the last stage of Adam’s creation He breathed into Adam of His own spirit and Adam came to life. Allah placed a great asset in man’s soul: free will. He gave man the potential to ascend spiritually and achieve the greatest human and Divine virtues. On the other hand, Allah also gave man the choice to follow his carnal desires and become lower than animals even.

Allah says in the Quran:

When your Lord said to the angels, ‘Indeed I am about to create a human being out of clay.

So when I have proportioned him and breathed into him of My spirit, then fall down in prostration before him.’ 1

This human being has so much potential that it becomes the object of the angels’ prostration. This is because of his soul, not his body. That is why one must give more importance to his soul than his body.

Allah Breathes His Spirit into the Body of All Human Beings

One should not think that it was only Adam who had Allah’s spirit breathed into him. Rather, every human being is like this. The Quran says in this regard:

Who perfected everything that He created and commenced man’s creation from clay.

Then He made his progeny from an extract of a base fluid.

Then He proportioned him and breathed into him of His Spirit, and made for you hearing, sight, and hearts. Little do you thank. 2

Perhaps this is why God made the human being the noblest of creatures and created everything to be at his disposal:

Certainly We have honoured the Children of Adam, and carried them over land and sea, and provided them with all the good things, and preferred them with a complete preference over many of those We have created. 3

The Holy Spirit and Soul in the Quran

Say, the Holy Spirit has brought it down duly from your Lord to fortify those who have faith and as guidance and good news for the Muslims. 4

Quranic commentators and Islamic scholars hold different views regarding who the Holy Spirit is. They have said:

The Prophet Is Questioned About the Soul in the Quran

They question you concerning the Spirit. Say, ‘The Spirit is of the command of my Lord, and you have not been given of the knowledge except a few [of you].’ 10

As for the occasion of revelation of this verse, it is said that a group of people among the Quraysh asked the Prophet to inform them of the Spirit. Then, the Prophet stood and held up is head waiting for Allah’s revelation. That was when the above verse was revealed.

Soul in the Quran: What Does the Verse Mean?

The verse states that the Spirit is something that is very valued by Allah and directly comes from Him. It is something that comes from the world above and not this material world. Therefore, our knowledge of it is very little although our spirit is the closest thing to us. Nevertheless, we are not able to discover all the secrets behind it, just as we cannot know about Allah and the angels who are also spirits.

The Soul in the Quran is Described as a “Spirit”

Thus have We imbued you with a Spirit of Our command. You did not know what the Book is, nor what is faith; but We made it a light that We may guide by its means whomever We wish of Our servants. Indeed, you guide to a straight path,

The Spirit that Allah speaks of here in this verse is actually the Quran. The Quran is a source of life and spirit for all those who seek guidance and light. So as we can see, the word soul or spirit can take different meanings in the Quran. It could mean:

Surah Hud (سورةُ هود), which is named after Prophet Hud, is … 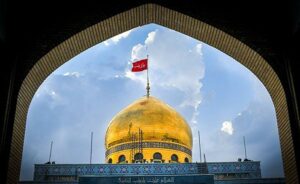 Lady Zainab (a) was the honorable and respected daughter of …

Types of Knowledge in the Quran

There are many types of knowledge in the Quran. Some …

Surah Asr or Surah Wal Asr as it is also …