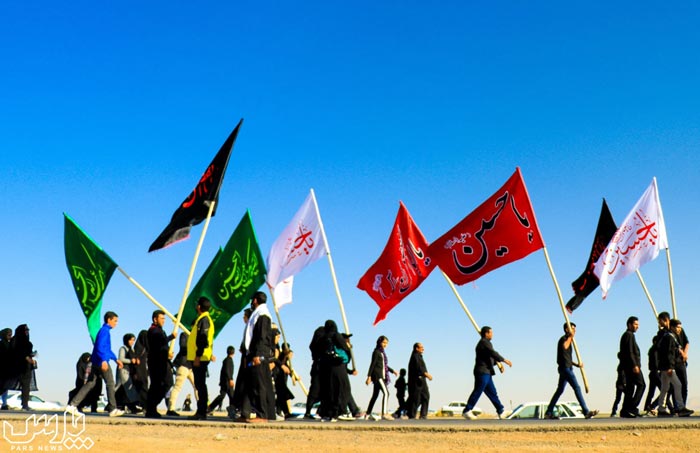 The Brotherhood in the Arba‘een Walk

The Arba‘een walk is the largest Muslim gathering and pilgrimage in the world. Tens of millions of Muslims of different nationalities, races, ethnicities, and religious denominations join for a single cause: commemorating the 40th day after the martyrdom of Imam al-Hussain (a). In this article, we will look at the brotherhood among the participants of this walk.

Everyone Is the Same

It does not matter where you are from and whether you are white, black, brown, or yellow. Everyone is treated like a brother or sister, regardless of nationality or race. The Iraqis who host and receive the pilgrims respect them no matter where they are from. This is all because they are doing everything they can to make Imam al-Hussain (a) and Allah pleased. They believe that Allah will reward them greatly and their wishes will be granted in this world and the next.

The Pinnacle of Brotherhood

Undoubtedly, you would not find this level of brotherhood anywhere in the world other than in the Arba‘een walk. The people at the mawkibs do everything they can for the pilgrims. They give them food and drinks, provide lodging for them if it is nighttime, and offer them many other services. You could even say that they would not do such good things to their biological brothers and sisters. All along the journey, the walkers feel joyous and comfortable thanks to the services that people offer them.

The Love for Imam al-Hussain (a)

One may wonder how this brotherhood came into being. Did it happen randomly or accidentally, or does it have a specific cause? The answer is clear. This brotherhood came into being due to people’s love for Imam al-Hussain (a). The visitors of Imam al-Hussain’s (a) shrine are to be respected and honored. All the people who receive the pilgrims of Arba‘een believe in this sincerely. That is why they do not disrespect them or upset them in the least. As a result, the love for Imam al-Hussain (a) is so deep that it can unite everyone regardless of age, gender, religion, and race.

Allah emphasizes the issue of brotherhood among Muslims to the utmost degree. Allah says in the Quran:

The faithful are indeed brothers. Therefore, make peace between your brothers and be wary of Allah so that you may receive [His] mercy. (Quran 49:10, Translation by Qara’i)

What the Prophet (s) Has Said About Brotherhood

Prophet Muhammad (s) always emphasized the importance of Muslims being brothers. He himself swore an oath of brotherhood (‘aqd al-ukhuwwah) with Imam Ali and thus they became blood brothers. This does not mean that he considered Imam Ali as his only brother. He had said that all Muslims are brothers:

“A Muslim is the brother of other Muslims. He never oppresses them, abandons them, and never leaves them alone in the face of calamities.”[1]

What Did Imam Ali (a) Say About Brotherhood?

Imam Ali (a), the blood brother of the Prophet, has mentioned 30 rights one must observe concerning his brother in faith. He has said:

“A Muslim has 30 rights upon his Muslim brother. The way to be relieved of these rights is either by fulfilling them or seeking forgiveness from our brothers regarding the non-fulfillment of these rights. These rights are as follows:

2. Have mercy on his tears

5. Defend him when others backbite him

9. Keep his promise and covenant

10. Attend to him while he is sick

11. Participate in his funeral

12. Answer him when he calls

14. Repay his good behavior with goodness

15. Thank him for his bounties

16. Help and assist him in the best possible way

20. Pray for him when he sneezes

21. Guide him if he forgets his way

22. Reply to his salutation (salaam)

23. Talk to him politely

24. Repay his gifts with goodness

25. Testify for his promises. Befriend his friends and don’t befriend his enemies.

29. Whatever good one desires for oneself, the same should be desired for him

30. Dislike for him what you dislike for yourself

After this, Amir al-Mu’minin (a) said:

‘I have heard the Messenger of Allah (s) say: If anyone of you forsakes (any of) the rights of his believing brother and if he is asked about that right on the Day of Judgment, then it will be decided against him.’ ”[2]

Brotherhood in the Words of Imam al-Sajjad (a)

Imam al-Sajjad (a) explains some of the rights that two Muslim brothers must observe. He says:

“And the right of your brother is that you should know that he is your hand that you extend, and your back to whom you seek refuge, and your power upon whom you rely, and your might with which you compete. Take him not as a weapon to disobey God nor as a means to violate God’s rights. And do not neglect to help him against his own self and support him against his enemy, intervene between him and his devils, give him good counsel, and associate with him for God’s sake. Then if he obeys his Lord and is responsible towards Him properly, it is fine. Else God should be more preferable and more honorable to you than he is.”[3]

Imam Sadiq’s (a) Words About Brotherhood

Imam Sadiq’s (a) narrations are like a deep sea that one must dive into to grasp. His eminence has spoken about brotherhood among Muslims, too:

“A believer is the brother of other believers. He acts as their eyes and as their guide and will never cheat or oppress them. He will never deceive them or act against his promises to them.”[4]

The Arba‘een walk, the greatest and largest pilgrimage in the world, is the manifestation of brotherhood among people of all walks of life. Islam, the Quran, our Prophet (s), and the Imams (a) have told us that we should be brothers in faith and treat each other as such. However, the driving force of this brotherhood is undoubtedly love for Imam al-Hussain (a), who has conquered the hearts of all people. The Arba‘een walk exhibits the pinnacle of brotherhood between Muslims and non-Muslims alike. This brotherhood must always be maintained, not just during the Arba‘een walk.

Importance of the the Quran

The Quran (قرآن) is the final Holy Scripture of God. …

Parents in the Quran

Parents in the Quran is a subject that is discussed …

Ayyub in the Quran

Ayyub in the Quran has been mentioned four times. In …