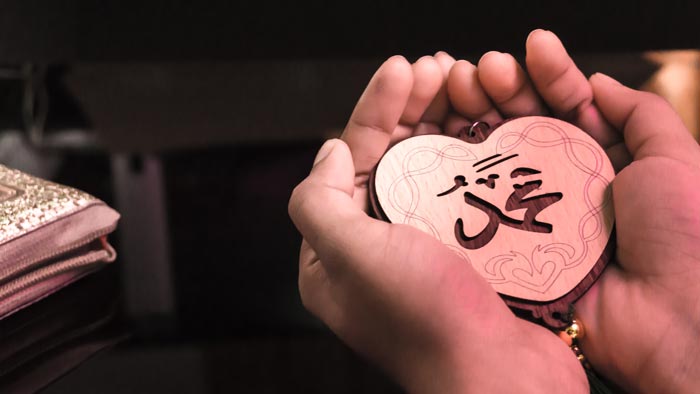 Praise of Prophet Muhammad in the Quran

Prophet Muhammad is the final prophet Allah sent to the people of Arabia and the entire world. His everlasting miracle is his holy scripture, the Noble Quran. It is the best book that introduces the Prophet and praises him because it is the exact words of God and was not written or dictated by the Prophet himself. Therefore, the Quran addresses him in the Quran and occasionally praises him. In this article, we will look at instances where Allah gives praise of Prophet Muhammad in the Quran. The topics that we will discuss are the following:

In, Surah Tawbah, Allah gives praise of Prophet Muhammad in at least two instances. It mainly talks about his universal kindness to both believers and disbelievers. Let us look into two of the verses of Surah Tawbah that praise the Prophet.

A Praise in the Guise of a Reproach

May God forgive you! Why did you let them [sit back? Before] you discover the truthful and know the liars.1

According to commentators and exegetes of the Quran, this verse does not intend to say that the Prophet had sinned and Allah forgave him. The verse is actually a praise of Prophet Muhammad in the guise of a reproach. God is saying, “Why were you so kind to them that you accepted their excuses for not partaking in jihad?” A group of hypocrites made up excuses for not participating in jihad and swore to God that they were telling the truth. Our merciful Prophet excused them because they swore by God that they were telling the truth. God revealed this verse, disclosing that they were lying and pretending. It is as though God is saying, “O, My dear Prophet! May God forgive you. You do not need to be so kind to them. They do not deserve it.”

The Prophet Was Extremely Kind to Muslims

Surah Tawbah is one of the chapters of the Noble Quran that gives praise of Prophet Muhammad in its penultimate verse. God states in verse 128 of this surah:

Indeed, a messenger has come to you from among yourselves. Your difficulties are grievous to him, he is full of concern for you, and he is very kind and companionate with the believers.2

The first point the verse makes is that he was from the people themselves. That is, God sent an Arab prophet to the Arab people. Therefore, he sympathized with them. He would deeply care for them. It would bother him to see the Muslims face difficulties, and he was also very much concerned for all of them to be guided to the right path. This verse praises the Prophet’s deep love and compassion for all Muslims.

The Prophet (s) Is a Mercy for All Humanity

One of the well-known verses of the Quran that gives praise of Prophet Muhammad is verse 107 of Surah Anbia, which reads:

And indeed, We have sent you [as] a mercy for mankind.3

The Prophet is a mercy for all humanity. Why? He is the final messenger of God who has brought the perfect religion that guarantees the success and fortune of all those who follow it. In addition, he himself is a mercy for people because we can invoke him and ask him to pray for our forgiveness and grant our wishes. This is not polytheism (shirk), as some people think, because the Quran has said that he can be an intermediary for us who can ask for our forgiveness on our behalf. The Quran says in this regard:

And We sent down no messenger except [We commanded that] he must be obeyed by God’s permission. When they had wronged themselves then they would have come to you seeking God’s forgiveness and [if] the messenger would have prayed to God for their forgiveness, they would have found God All-Forgiving, All-Merciful.4

This verse confirms the idea that the Prophet can pray to God for our forgiveness. As a result, he is a source of mercy for all humanity.

Surah Ahzab is one of the surahs of the Quran that gives praise of Prophet Muhammad in quite a few verses. Let us look into those verses and see how God has honored our dear Prophet.

The Prophet Is a Good Example for Believers

Indeed, there is a good example for you in [the character of] the Messenger; [and] for those who have hope for God, and the Last Day, and remember God much.5

Prophet Muhammad was a perfect example for all Muslims to follow. He possessed every excellent quality one could ever think of. He was kind, polite, well-mannered, sympathetic, humble, good-tempered, good-natured, and so forth. Anyone who wants to emulate an individual’s character must emulate the character of the Prophet, according to the Quran.

God Thoroughly Purified the Prophet From Every Evil

One of the famous verses in Surah Ahzab is the second and last part of verse 33. The verse states that God has desired to purify the Prophet and his household with a thorough purification. God says in this verse:

O Household of the Messenger! God wills to remove [all kinds of] impurity from you and completely purify you.6

All prophets of God are infallible. They never commit sins or mistakes. If they were to commit sins or errors, how could people trust that they are genuinely messengers and prophets of God and that what they say is the revelation of God? However, concerning Prophet Muhammad and his holy household, God purified them uniquely. The above verse praises the Prophet and the Ahlul Bait and states that God purified them because they deserved this purification. They were so pious, righteous, and virtuous that God decided to purify and cleanse them from every evil.

The Prophet is the Seal of the Prophets of God

Another instance where Allah gives praise of Prophet Muhammad (s) in Surah Ahzab is verse 40 of this surah:

Muhammad is not the father of anyone among you, but he is a messenger of God and the last Prophet, and [you should know that] God knows all things.7

The word khātam means seal. In the olden times, people had a ring that they used as a seal at the end of letters. Prophet Muhammad (s), in this verse, is likened to a seal that puts an end to all the messengers and prophets of God. Therefore, the verse means that Prophet Muhammad (s) is the final prophet of God and that God will never send a prophet after him. According to narrations, Prophet Muhammad (s) has the highest rank among all prophets thanks to him being the seal of prophets. A seal gives authenticity to a letter and proves that the letter is from that individual himself and not anyone else. This is one of the special privileges of the Noble Prophet (s).

The Messenger as a Bright and Shining Lamp of Guidance

Two of the verses of the Quran that give praise of Prophet Muhammad (s) are verses 45 and 46 of Surah Ahzab. The verses read:

O Prophet! Indeed, We have sent you as a witness, a giver of good news and a warner. And [as a messenger] who invites [people] towards God with His permission, and as a shining lamp.8

Some people think the Quran was written or dictated by the Prophet himself. Then why in the world would he address himself in the Quran if he wrote it himself?! Does it make sense for the author of a book to address himself?! Of course not. In the above two verses, God is the one who addresses him and says how He has sent him as a:

As the verse says, the Prophet is like a shining lamp, meaning his brightness guides everyone to the straight path and shines in the darkness, thus helping those who have lost their way to be guided.

Everyone Must Invoke Blessings on the Messenger

In yet another verse of Surah Ahzab, God states:

Indeed, God and his angels bless the messenger. O You Who Believe! Bless him [by reciting Salawāt] and be completely submissive to him.9

This is one of the privileges of the Prophet (s) that everyone, including God Himself and the angels, bless the Noble Prophet (s). Therefore, we, as believing and Muslim human beings, must also bless him by reciting the ṣalawāt (صَلَوات):

O Allah, send blessings on Muhammad and the household of Muhammad.

We learn from this verse of Surah Ahzab that the Noble Prophet (s) has such a high rank that God, the angels, and people send blessings on him.

And indeed you possess a great character.10

Prophet Muhammad was a perfect human being. He had the best morals one could ever imagine. He himself had said:

I have been sent [by God] to perfect good character.11

Our Noble Prophet (s) was extremely polite, kind, well-mannered, good-tempered, joyful, respectful, patient, humble, modest, and had any good quality one could think of.

So there you have it. These were some of the verses of the Quran that praise the Noble Prophet of Islam, Muhammad, peace be upon him and his progeny. Of course, there may be many more verses that praise the Prophet. However, for the sake of brevity, we mentioned some of the important ones. By reading the Quran, we learn that our dear Prophet was highly praiseworthy and admirable. May God grant us the privilege to visit his shrine in Medina so that we pay homage to him and request our wishes from him. Amen.

Surah Ghashiya is one of the chapters of the 30th … 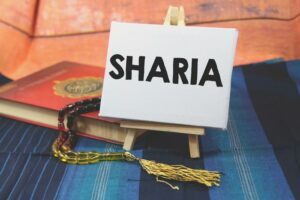 What Is Prohibited Under Sharia Law?

Sharia is a system of laws that Allah has placed …

Isaac in the Quran

Isaac in the Quran is a topic that is mentioned …

Surah Dukhan (سورة الدّخان) is the 44th surah of the …