Home » Quran » Forgiveness in the Quran 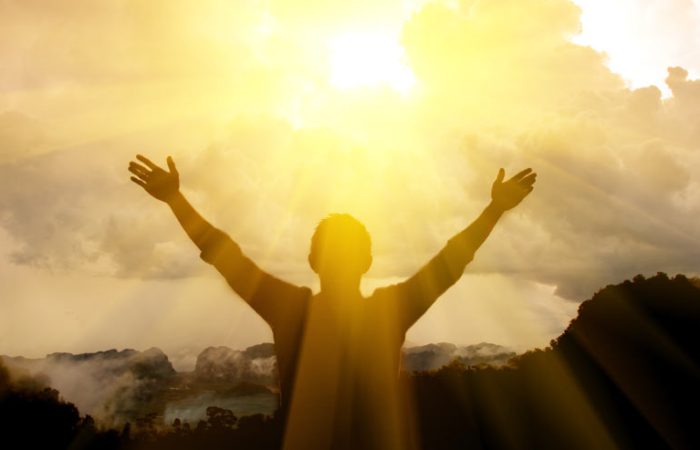 Forgiveness in the Quran

Forgiveness is to regret one’s wrongdoing and ask God or the person we have wronged to overlook, hide, and forget what we have done. Forgiveness in the Quran discusses seeking forgiveness from God and forgiving others as well.

The topics covered in this article are:

Forgiveness in the Quran: Purity From Sins

And hasten towards your Lord’s forgiveness and a paradise as vast as the heavens and the earth, prepared for the Godwary. 1

The word musāriʿah (مسارعة) means intense speed; which is praiseworthy in performing good actions and is detestable in performing bad actions.

In most instances, the Quran places forgiveness in contrast to heaven and this is because heaven is a place for pure people. Therefore, if someone is still marred with the impurity of sins, they cannot enter it; unless Allah purifies him/her through forgiveness. 2

Forgiveness in the Quran: The Prophet Seeking Forgiveness on Behalf of Believers

It is by Allah’s mercy that you are gentle to them; and had you been harsh and hardhearted, surely they would have scattered from around you. So excuse them, and plead for forgiveness for them, and consult them in the affairs, and once you are resolved, put your trust in Allah. Indeed Allah loves those who trust in Him. 3

The Battle of Uḥud (أُحد) was lost because the believers did not obey the Holy Prophet Mohammad (peace be on him and his household) and left their posts. This verse was revealed after the battle when they came to the Prophet, regretful of their actions.

The verse asks the Prophet to overlook their mistakes and pardon them and to seek forgiveness for them from Him. In other words, God is saying: Overlook your rights regarding their disloyalty towards you and the pain you had to face in the battle due to them and I am mediating on their behalf to you. And regarding their disobedience of My commands, you be their intermediary and seek forgiveness on their behalf from Me. 4

This verse clearly indicates that the Prophet is an intermediary between the people and God in seeking forgiveness for them.

Another similar verse where a prophet seeks forgiveness on behalf of others is one which talks of the sons of Prophet Jacob asking him to do so on their behalf and he agrees to. 5

Forgiveness in the Quran: Obedience of God is For Ourselves

We did not send any apostle but to be obeyed by Allah’s leave. Had they, when they wronged themselves, come to you and pleaded to Allah for forgiveness, and the Apostle had pleaded for forgiveness for them, they would have surely found Allah all-clement, all-merciful. 6

An important point to notice in this verse is that disobedience of God and turning to the oppressors is expressed as wronging ourselves. This indicates that it is only ourselves who benefit from obeying God and the Prophet and disobedience is a type of oppression against ourselves.

If this act was one of polytheism the Quran would never ask us to perform such an act. It is clear that the Prophet is not the one who forgives and only seeks forgiveness from God. Similarly, a person must first repent and turn away from sinning and then benefit from the Prophet’s asking on his behalf too. 7

Forgiveness in the Quran: Sins Can be Atoned For

Whoever commits evil or wrongs himself and then pleads to Allah for forgiveness, will find Allah all-forgiving, all-merciful. 8

Apparently, the word sūʾ (سوء) refers to treachery and crimes against others, while wronging oneself refers to the sins between a person and God. In the first instance, the forgiveness of sins depends on asking others for forgiveness. The sentence, will find Allah all-forgiving, all-merciful, indicates that one’s repentance will be accepted.

According to a narration in Nahj al-Balāghah (نهج البلاغة), one who is successful in seeking forgiveness will not be deprived of it. The verse intends to explain that sins can be atoned for; whether they are in relation to God or others. 9

‘O my people! Plead with your Lord for forgiveness, then turn to Him penitently: He will send copious rains for you from the sky, and add power to your [present] power. So do not turn your backs [on Him] as guilty ones.’ 10

Even though the sentence, plead with your Lord for forgiveness, is in the command form, it is a conditional sentence, that is, it seeks to explain that if you seek forgiveness and turn to Him, He will send abundant mercy for you from the skies and increase your strength. 11

Individual forgiveness and repentance will not change the fate of a society; rather, a society must transform for Divine help to arrive. 12

Forgiveness in the Quran: Prayers for Forgiveness

There are numerous verses that are prayers seeking forgiveness from God. Some of them are discussed below.

Forgiveness in the Quran: The Angels’ Prayer

Those who bear the Throne, and those who are around it, celebrate the praise of their Lord and have faith in Him, and they plead for forgiveness for the faithful: ‘Our Lord! You embrace all things in mercy and knowledge. So forgive those who repent and follow Your way and save them from the punishment of hell. 13

Before the angels seek forgiveness from God, they first praise His vast mercy and knowledge. The reason for them choosing these two attributes is God blesses the needy through His mercy and knows their needs due to His knowledge.

The way which the angels refer to in the verse is the religion of Islam and the verse therefore means that since your mercy and knowledge are vast, forgive and save from punishment those who believe in your oneness and uniqueness and have returned to you by accepting the religion of Islam, which is the ultimate goal and purpose of seeking forgiveness. 14

Our Lord! Admit them into the Gardens of Eden, which You have promised them, along with whoever is righteous among their forebears, their spouses and their descendants. Indeed You are the All-mighty, the All-wise. 15

The next verse continues with the prayer of the angels where they seek forgiveness for those who are worthy of entering heaven from among their forebears, spouses, and descendants.

From these verses it is clear that the angels’ prayer is for the believers in general and also that they have divided them into two groups:

And the angels consider the first group as the followed and the second as those who follow them. 16

The Etiquette of Prayer

According to the verse, the etiquette of praying is that one first glorifies and praises God, then exalts and describes His attributes and then asks for what he needs; in this case, forgiveness. 17

Forgiveness in the Quran: The Effects of Forgiveness

The following are some of the effects of seeking forgiveness according to verses of the Quran:

Forgiveness in the Quran: Forgiving Others

Those who spend in ease and adversity, and suppress their anger, and excuse [the faults of] the people, and Allah loves the virtuous. 23

The verse is explaining some of the attributes of the pious and God-wary. The first attribute is that they are always generous and giving charity whether they are in a state of ease or difficulty themselves.

The second attribute is that when someone wrongs them, they swallow their anger. However, simply swallowing one’s anger is not enough as its possible one might control their anger but it is possible spite and animosity remains in their heart. In order to erase this, one must pardon and forgive the other person. This does not, however, apply to one’s enemies who want to harm us as this would only make them bolder.

The verse also talks of a higher level of forgiveness and pardon and that is to answer the other person’s wrongdoing with good. In short, the verse advises one to first control our anger, then to empty our hearts of hostility, and finally also remove any hostility from the other person’s heart. 24

Ali ibn Abi Talib (peace be on him) states:

Someone said in the presence of Ali (as): ‘Astaghfirullah’ (I ask Allah’s forgiveness). Ali (as) asked: Do you know what ‘istighfār’ (asking Allah’s forgiveness) is? ‘Istighfar’ (استغفار) is meant for people of a high position. It is a word that stands on six supports:

On such an occasion you may say astaghfirullah. 26

It also has material as well as spiritual effects and blessings and certain rules of etiquette apply when seeking forgiveness from God which have been explained above.