Home » Quran » Ghadir in the Quran 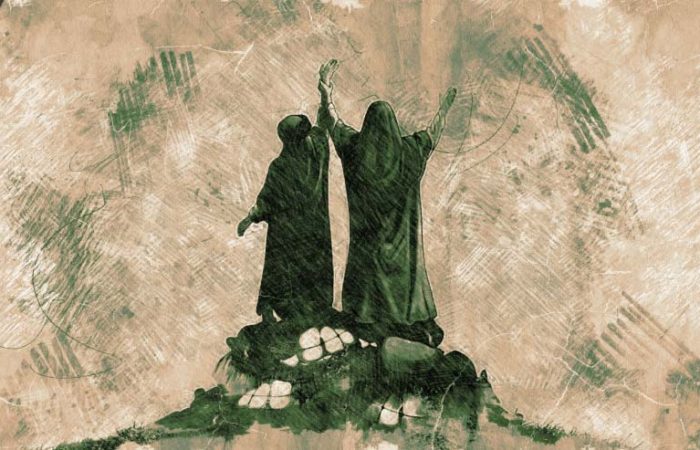 Ghadir in the Quran

Ghadir in the Quran is an event that took place on the 18th of Dhū al-Ḥijjah in the year 10 AH in the Islamic lunar calendar. The event marks the day when on the farewell hajj of Prophet Muhammad, he gathered everyone in a strategic geographical location known as Ghadir Khumm (غدیر خم), or the valley of Khumm, to inform them of a very important thing. This was a place where all Muslims separated from one another and each went to their own land.

In this article on Islam4u.pro, we will take a look at:

Verses of the Quran About Ghadir

What was going on? Why did the Prophet Muhammad stop all Muslims from returning home? What important thing did he want to tell them? The Prophet was first a little fearful about imparting what Allah had told him to tell people, as he feared the people would harm him and not accept his words. However, God revealed a verse of the Quran reassuring him that he would be safe and strictly commanding him to communicate God’s words with people, otherwise he would not have accomplished his prophetic mission:

O Apostle! Communicate that which has been sent down to you from your Lord, and if you do not, you will not have communicated His message, and Allah shall protect you from the people. Indeed Allah does not guide the faithless lot. 1

Ghadir in the Quran: What Word Must Have the Prophet Communicated?

This was the farewell hajj of the Prophet and the Prophet was in his final years of his life. However, people could not be abandoned without a guardian of their affairs. God had commanded Prophet Muhammad to appoint Ali, the son of Abū Ṭālib (علي ابن ابي طالب) as his successor and vicegerent. Therefore, he wanted to inform all people and all Muslims that after him, Ali is their leader and guide. Therefore, he gave a long sermon that later became known as the sermon of Ghadir (خطبة الغدیر). This sermon has been reported by all Muslims regardless of their sect and its chain of narration is successive (i.e. it is mutawātir).

Ghadir in the Quran: The Prophet Appoints Ali as His Successor

In the final passages of his sermon, the Noble Prophet held the hands of Ali and raised it high in the sky and said:

I am master of those whose master is Ali. O God, be with those who are with him. Be an enemy to those who are his enemies. Help those who help him. And leave those who leave him! And make truth revolve around him wherever it is. 2

Therefore, the Prophet made it crystal clear who should be the ruler and caliph of the Muslim ummah after his death. After the Prophet delivered this sermon and introduced Ali as his successor, the following verse of the Quran was revealed to him:

Then, all those present one by one came and pledged their allegiance to Ali. This day is known as the Eid of Completion of Religion (عید اکمال الدین) by some Muslims, taken from the above verse.

It has been said that there were thousands of scribes present there who wrote the sermon of the Prophet. This is what contributed to this hadith becoming successive in terms of the chain of narrations or sanad (سَنَد).

The event of Ghadir is celebrated by Muslims as a feast or Eid because it is the day when the Prophet’s successor and the Imam of the Muslims is appointed. It is a custom among some Muslims to go to the houses of those who are descendants of the Prophet, and usually they give their guests gifts. In some Islamic cultures, this Eid is known as Eidullāh al-Akbar (عید الله الاکبر) meaning the greatest feast of God.