Isaac in the Quran

The Birth of Isaac in the Quran

Prophet Ibrahim had two wives. His first wife was Sarah (سارة) while his second wife was Hajar or Hagar (هاجَر). Prophet Ibrahim had a son from his younger wife Hajar by the name of Ismail or Ishmael (اسماعيل). However, Sarah was left without a son until Ibrahim’s old age and she herself was barren. Nevertheless, due to Prophet Ibrahim’s devotion to God and his righteousness, God decided to give him a son from Sarah, even though he was very old and his wife was barren. In other words, a miracle was to happen. The story of Isaac’s birth has been narrated in the Quran in the following verse:

Certainly Our messengers came to Abraham with the good news, and said, ‘Peace!’ ‘Peace!’ He replied. Presently he brought [for them] a roasted calf.

But when he saw their hands not reaching for it, he took them amiss and felt a fear of them. They said, ‘Do not be afraid. We have been sent to the people of Lot.’

His wife, standing by, laughed as We gave her the good news of [the birth of] Isaac, and of Jacob, after Isaac.

She said, ‘Oh, my! Shall I, an old woman, bear [children], and [while] this husband of mine is an old man?! That is indeed an odd thing!’

They said, ‘Are you amazed at Allah’s dispensation? [That is] Allah’s mercy and His blessings upon you, members of the household. Indeed He is all-laudable, all-glorious.’ 1

First, Click here to know who Isaac was and what he did, then continue.

Prophet Ibrahim Thanks God for Giving Him Isaac in the Quran

God bestowed two noble sons to Prophet Ibrahim: Isaac and Ismail. Ismail and his mother Hajar lived in the city of Mecca, where Muslims perform hajj. They were away from Prophet Ibrahim and Sarah. In fact, Sarah was jealous of Hajar and asked Ibrahim to take them out of the city to a faraway place. Therefore, Prophet Ibrahim took them to Mecca, the place where the house of God, the Kaaba, is located. Ishaq or Isaac on the other hand, lived with Ibrahim and was raised by him. God gave a very righteous grandson to Ibrahim by the name of Jacob (یَعقوب) who was going to be the ancestor of many great prophets. Prophet Ibrahim gave thanks to God for blessing him with two noble sons despite his old age:

All praise belongs to Allah, who gave me Ishmael and Isaac despite [my] old age. Indeed my Lord hears all supplications. 2

Isaac in the Quran: The Grandfather of the Israelites

Islam tells us that all prophets of God are to be respected and viewed as ones who had submitted themselves to God. We must believe in all the prophets including Isaac. However, Isaac is especially and specifically revered by Jews as he was the father of Israel or Jacob. Therefore, he is considered as the grandfather of the Children of Israel, meaning Prophet Jacob. Jewish people even believe that it was Isaac who Prophet Ibrahim was going to sacrifice and not Ismail. Nevertheless, the Children of Israel held Ismail in reverence too, as the Quran states:

Were you witnesses when death approached Jacob, when he said to his children, ‘What will you worship after me?’ They said, ‘We will worship your God and the God of your fathers, Abraham, Ishmael, and Isaac, the One God, and to Him do we submit.’ 3

Isaac in the Quran: Believe in What Was Revealed to Isaac

The Quran is a book that addresses the Children of Israel, specifically the Jews and Christians, very much. It tells them to do such and such a thing or believe in something. The following verse orders everyone including Muslims, Jews, and Christians to say:

From this verse we understand that God revealed to Isaac certain things as he was a prophet.

Isaac in the Quran: Was He Jewish or Christian?

A verse of the Quran states:

[Ask them,] ‘Do you say that Abraham, Ishmael, Isaac, Jacob, and the Tribes were Jews or Christians?’ Say, ‘Is it you who know better, or Allah?’ And who is a greater wrongdoer than someone who conceals a testimony that is with him from Allah? And Allah is not oblivious of what you do. 5

Muslims believe that all the Prophets are to be called Muslims, meaning they submitted themselves totally to God. That is the meaning of the word Muslim. Titles such as Jew or Christian were later coined to describe a group of people such as the Israelites. The prophets such as Isaac, Ibrahim, and Ismail did not call themselves and nor did others call them Jewish or Christian. In fact, Prophet Ibrahim was the first person to give the title Muslim to him and his followers:

The faith of your father, Abraham. He named you ‘Muslims’ before, and in this, so that the Apostle may be a witness to you, and that you may be witnesses to mankind. 6 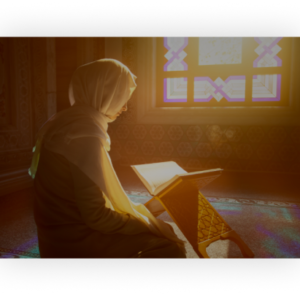 Isaac in the Quran: Joseph the Grandson of Isaac

Joseph (یوسُف) was the son of Jacob and the grandson of Isaac. However, Isaac died before Joseph was born. Joseph was very well-known for his handsomeness. His father Jacob loved him very much. This made his brothers jealous of him. Therefore, they threw him in a well so that Jacob forgets about him. However, this made Jacob sadder. When Joseph was brought out of the well and sold to a caravan that also sold him to the vizier of the Egyptian king, God had revealed to Joseph that he would became a prophet and  a wise man when he grows up.

Joseph: The Follower of the Religion of His Fathers

The wife of the vizier fell in love with Joseph who was his slave. However, Joseph refused to do anything with her. Therefore, she imprisoned him. When in prison, he was together with two inmates who had a dream. They asked Joseph to interpret their dream. Joseph said that they must first believe in one God as they were pagans. Then he said:

I follow the creed of my fathers, Abraham, Isaac and Jacob. It is not for us to ascribe any partner to Allah. That is by virtue of Allah’s grace upon us and upon all mankind, but most people do not give thanks.

They agreed. And so Joseph interpreted their dreams.

God mentions Isaac in the Quran 17 times and names him as a righteous prophet who obeyed and worshipped God and whom all Muslims must believe in. Isaac was the second son of Ibrahim and the father of Jacob and the grandfather of the Children of Israel or the Israelites. The Quran says that God would reveal His messages to him and that he was a Muslim, meaning someone who submits himself to God. Of course, this does not mean that the laws of Islam were the same as the laws of the creed of Isaac, but rather it means Isaac was an obedient servant and prophet of God who had submitted himself fully to God.

Ahkam in the Quran

Ahkam in the Quran is a subject that demands careful … 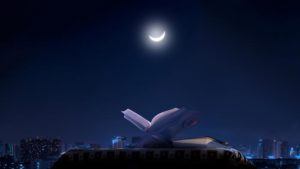 Allah the Almighty revealed the Noble Quran in the blessed …

Children in the Quran

Children in the Quran is a topic that has been …

Friendship in the Quran

Friendship in the Quran explores the concept of choosing friends …