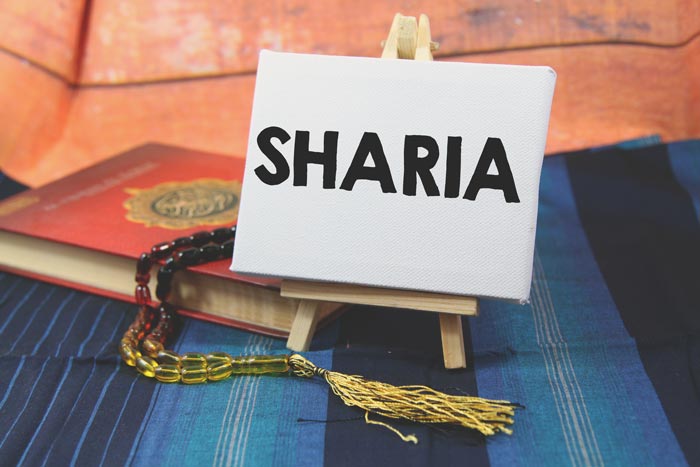 What Is Prohibited Under Sharia Law?

Sharia is a system of laws that Allah has placed through His Prophet (s) to moderate people’s activities. Sharia law seeks to facilitate and bring about peace, harmony, and welfare for Muslims and non-Muslims living in a Muslim country. In this article on Islam4u, we will look at things Islam has prohibited under sharia law.

When Was Sharia Law First Implemented

The first Islamic government that implemented sharia law was the government of Prophet Muhammad (s). When Islam became the official religion of the people of Hijaz and Arabia, the Prophet (s) formed a government based on Islam and sharia law. This government enforced all the laws of Islam and the Quran. For example, Allah revealed the law of hijab in the Quran and made it mandatory that all Muslim women observe it. Likewise, some other laws that were not fully mentioned in the Quran were also enforced. For instance, the Prophet received instructions on how Muslims must have paid zakat and khums, two Islamic taxes. Allah also informed the Prophet of other Islamic rules concerning running a government, such as punishments for committing certain crimes such as fornication, adultery, murder, and theft.

Some Haram Acts Are Illegal

Sharia is a governmental way of administering justice in society. Therefore, certain haram things are also illegal, especially in public. For example, not wearing a headscarf (hijab) is forbidden in some Muslim countries that practice sharia law. Allah has made it compulsory for women to cover their hair and bodies before non-mahram men in public. Not doing so is illegal. Of course, if someone holds a private party and does not wear the hijab before non-mahram men, the government should not intrude on their privacy and force them to wear the hijab. This only applies to things done in public. As a result, some haram acts that are done in public are illegal, too.

Islam has made it clear that committing any haram act is a sin. However, going against anything that sharia law has placed, even if it is not stated in Islam, is also haram. For example, breaking traffic laws in a Muslim country is also prohibited Islamically. That is because an Islamic government has implemented it. Other things that even non-Islamic law systems disallow, such as stealing, assaulting others, and committing violence, are all prohibited in Islam and sharia. As a result, committing any crime is haram and prohibited under sharia law.

Buying and Selling Alcohol Is Prohibited

Under sharia law, it is prohibited to buy or sell alcoholic and intoxicating beverages, such as wine, beer, whiskey, and vodka. Therefore, its consumption and buying or selling are haram and prohibited.

Islam is against any vice, such as prostitution, and having centers of immoral and indecent activities, such as nightclubs and brothels. Besides the fact that the youth of society will become corrupted and lose their sense of direction in life, it will make way for all kinds of sexually transmitted diseases, such as HIV. Such places and activities are forbidden even in some non-Muslim countries due to the complications and harm they do to society.

Murder Is Not Tolerated Under Sharia Law

The worst crime and sin someone can commit is undoubtedly murder. Taking the life of another person cannot be compensated. Yes, the blood money can be paid, but the person cannot be brought back to life. As a result, the family of a murdered individual has the option to ask for the blood money or the execution of the murderer. Usually, if someone is unintentionally killed, only the blood money should be paid. However, if it is on purpose, the individual must be executed unless the family of the deceased forgives him and asks for the blood money. Some may say, “Why should we respond to violence with violence? Why cannot we imprison the murderer?” The Quran has the answer:

There is life for you in retribution, O you who possess intellects! Maybe you will be Godwary!

Why So Many Prohibiting Laws?

Some may ask, “Why should there be so many prohibitions and restrictions under sharia law?” The answer is straightforward. Allah has made sharia for the good of society. Without these laws, people would not be safe and secure. There would be chaos in society, and people would not feel at ease. In other words, life would become hard for people because they would not know what would happen next. Imagine what would happen if a thief is not arrested and brought to account. Would there be more thieves or fewer thieves? The laws of sharia are beneficial for all people. Allah has created us and knows best what is good and bad for us. Therefore, we should follow Allah’s laws if we want to live in peace and harmony.

Islam4u has put together a very nice Ahkam course that teaches some essential Islamic laws on various topics, such as marriage, the laws of the deceased, eating and drinking, and inheritance. If you want to learn more about Islamic laws or simply Ahkam, enroll in our free Ahkam course. We guarantee you that you will not regret enrolling in this course.

Nature in the Quran

Nature in the Quran has been talked about in many …

Mecca in the Quran

Mecca in the Quran is named as the Mother of …

David in the Quran, is a humble servant of God …

Khidr in the Quran

Khidr in the Quran is a pious, righteous, and knowledgeable …

Surah ash-Shams is the only surah in the Noble Quran …