Surah Hijr (سورة الحجر) is the 22nd surah of the Quran that Allah revealed to Prophet Muhammad in the city of Mecca. The surah is named Hijr because it refers to the story of the people of Prophet Saleh or the tribe of Thamūd who lived in a land called Hijr, and were thus called the people of Hijr as well. In this article on Islam4u, the following topics will be discussed:

The Gist of Surah Hijr

Surah Hijr can be summarized in the following way:

Verse 9: The Verse of Protection

Indeed, We sent down the Reminder and We guard it Ourselves.7

This verse proves that the Quran can never be altered or distorted. Dhikr in this verse of surah Hijr means the Quran. Therefore, Allah Himself protects the Quran from being distorted or for something to be added or subtracted from it. The Quran is the living miracle of the Prophet that has remained intact for more than 14 centuries. Any sensible person who reads the Quran will know this reality.

Verse 88 of Surah Hijr: The Verse of Humility

Do not fix your eyes on what We granted to certain classes of them, and do not grieve for them, but lower your wings of kindness to the believers.8

Exegetes have said that “lower your wings of kindness to the believers” in this verse of surah Hijr means to be humble before them the same way a chicken opens its wings to embrace its chicks.9 Some other exegetes believe that this expression means to be patient and get along with believers. In other words, it means to devote yourself fully to associating with and educating Muslims and never to separate yourself from them.10

The Verse of Glorification

So celebrate the praise of your Lord and be among those who prostrate.11

One of the purposes of saying dhikr and glorifying Allah is that it helps one to cope with grief. In this verse of surah Hijr, Allah commands His prophet to celebrate the praise of His Lord in order to get rid of the sadness caused by the diatribes of the disbelievers against him.

Verse 99: The Verse of Worship

And worship your Lord until certainty comes to you.12

Surah Hijr is one of the Makki surahs that teaches many things. Allah says in verse nine of this surah that He Himself has sent down the Quran and He Himself will protect and guard it against distortion and alteration. One of the benefits of reciting surah Hijr according to the Prophet is that one will receive as much reward as the number of the Muhajirun and Ansar. So let us recite surah Hijr and act upon its teachings so that we may prosper in both this world and the hereafter.

Martyrs in the Quran

What does the word martyr or Shaheed (شَهيد) mean in …

Modesty in the Quran

A virtue cherished by people of all walks of life … 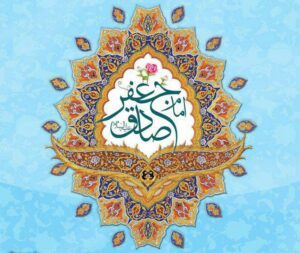 Imam Ja‘far al-Sadiq: Founder of the Ja‘fari School of Thought

Joseph in the Quran

Joseph in the Quran is about a handsome and pious …

Surah Ibrahim (سورة ابراهيم) is the 14th surah of the …