Home » Quran » Revelation in the Quran 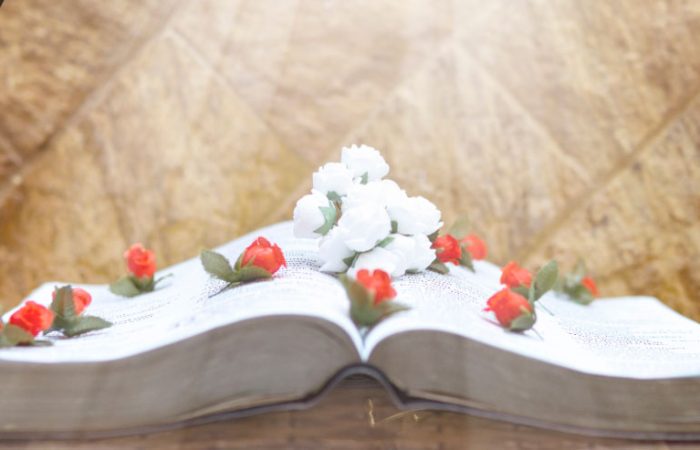 Revelation in the Quran

One of the ways of man’s communication with God is through revelation. Revelation in the Quran has been named as the way God communicated with His prophets and sometimes He would reveal to non-prophets. Accordingly, the prophets would impart the messages they received from God to people. Sometimes, the messages they received would become part of their Holy Scripture such as the Quran, the Gospel, or the Torah.

In this article, we will take a look at:

Types of Revelation in the Quran

It is important to realize that there are different types of revelations. Revelation can be divided into three categories:

Below, we will explain the categories of prophetic and non-prophetic revelation.

Allah revealed to His prophets in different ways. A verse of the Quran says:

It is not [possible] for any human that Allah should speak to him except through revelation or from behind a veil, or send a messenger who reveals by His permission whatever He wishes. Indeed He is all-exalted, all-wise. 1

This verse is the kind of revelation that is exclusive to prophets. According to this verse, God would reveal to His prophets in three ways:

However, this does not mean that a prophet would receive revelation from only one of these ways. In fact, a prophet could receive revelation through all three ways or one or two of these ways. For example, God would directly speak to Moses, which is why he was known as Kalīmullāh (کلیم الله), meaning the one who conversed with God. It has been said that the Noble Prophet of Islam, Muhammad (peace be upon him and his progeny) received revelation through all three ways.

A fourth way of receiving revelation for a prophet is seeing something in a dream. When a prophet dreams of something, it is actually Divine revelation. However, sometimes the dream commands the prophet to do something while sometimes it gives news of the future or a spiritual advantage over others. For example, Prophet Ibrahim dreamed that he was sacrificing his son Ismail. Therefore, it meant that God commands him to do that act:

When he was old enough to assist in his endeavour, he said, ‘My son! I see in dreams that I am sacrificing you. See what you think.’ He said, ‘Father! Do whatever you have been commanded. If Allah wishes, you will find me to be patient.’ 2

Another prophet of God who had a dream that signified an important event was Prophet Joseph (peace be upon him). The Quran says in this regard:

When Joseph said to his father, ‘Father! I saw eleven planets, and the sun and the moon: I saw them prostrating themselves before me.’ 3

This dream of Prophet Joseph did not command him to do anything unlike Ibrahim’s dream. However, it gave news of the future and his superiority over everyone when he grew up.

Revelation in the Quran: The Dream of Prophet Muhammad

Prophet Muhammad also had a dream that was a revelation from God like all other prophets. He dreamed that he and his companions entered the holy mosque of God Masjid al-Haram. He had this dream before the conquest of Mecca. This dream gave the good news of the conquest of Mecca and the Prophet’s carrying out the hajj rituals. The Quran says in this regard:

Certainly Allah has fulfilled His Apostle’s vision in all truth: You will surely enter the Sacred Mosque, God willing, in safety and without any fear, with your heads shaven or hair cropped. So He knew what you did not know, and He assigned [you] besides that a victory near at hand.

This dream of the Prophet was fulfilled and the Prophet and his mighty army conquered Mecca without spilling any blood. Then, he performed the hajj ceremony for the very first time, as the other hajj pilgrimages that he had made before were ‘umrah (عُمرَة), meaning the recommended hajj not the obligatory one. This was the first and final hajj of the Prophet. For this reason, he explained all the rules of hajj to the Muslims. This hajj became known as the farewell hajj (حجة الوداع). The event of Ghadir took place after this hajj, where the Prophet announced his successor and vicegerent after him.

Revelation in the Quran: God Reveals to His Prophets

The prophets of God are the main receivers of revelation among people. They are the medium between God and people. Prophets are infallible individuals who are righteous, never commit sins or make mistakes, thus God chose them to be His representatives and receive revelation. Without prophets and revelation of God to them, we would not be informed of God’s commands and religion. God says in the Quran:

We have indeed revealed to you as We revealed to Noah and the prophets after him, and [as] We revealed to Abraham and Ishmael, Isaac, Jacob, and the Tribes, Jesus and Job, Jonah, Aaron, and Solomon—and We gave David the Psalms—

However, it must be noted that this kind of revelation or waḥy is exclusive to prophets, especially when it contains a specific command that must be carried out. With that said, God also reveals to other human beings or even to animals (such as the honeybee), 4 but the kind of revelation is not prophetic revelation.

Revelation in the Quran: Revelation to Non-prophets

As I have noted, it is possible that non-prophets receive a certain kind of revelation which is actually an inspiration, and it does not matter if the person is male or female. For example, God revealed to the mother of Moses the following:

We revealed to Moses’ mother, [saying], ‘Nurse him; then, when you fear for him, cast him into the river, and do not fear or grieve, for We will restore him to you and make him one of the apostles.’

Likewise, the angel Gabriel appeared in the form of a human being before Mary and communicated God’s message to her:

Thus did she seclude herself from them, whereupon We sent to her Our Spirit and he became incarnate for her as a well-proportioned human.

She said, ‘I seek the protection of the All-beneficent from you, should you be Godwary!’

He said, ‘I am only a messenger of your Lord that I may give you a pure son.’

She said, ‘How shall I have a child seeing that no human being has ever touched me, nor have I been unchaste?’

He said, ‘So shall it be. Your Lord says, ‘‘It is simple for Me.’’ And so that We may make him a sign for mankind and a mercy from Us, and it is a matter [already] decided.’

The kind of revelation where an angel descends to a person and inspires certain things to him or her without it being a prophetic revelation is known as taḥdīth (تَحديث). This word comes from ḥadatha (حَذَثَ) which means speaking to someone. It takes its name from the fact that an angel speaks to the person and conveys a message to that person.

Revelation in the Quran: Ilḥām (Inspiration)

Another kind of revelation to non-prophets is called ilhām that is translated as inspiration. Divine inspiration means that God causes something to enter the heart and mind of an individual that causes that individual to become certain that it has come from God. However, unlike prophetic revelation and taḥdīth, the person feels it without seeing an angel. For example, it can take place in a dream.

A dream can be a source of inspiration, but of course not all dreams only the ones that are true dreams or the ones that are so called ṣādiq (صادِق). The dream of the king of Egypt aka pharaoh at the time of Prophet Joseph is an example of an inspiration through a dream that gave news of a future event.

The twelve disciples of Jesus were among those whom God inspired to them. God says in the Quran:

And when I inspired the Disciples, [saying], ‘Have faith in Me and My apostle,’ they said, ‘We have faith. Bear witness that we are Muslims.’ 5

As the English translation clearly states, this kind of revelation was an inspiration rather than a prophetic revelation because the Disciples were not prophets. God inspired to the hearts of the Disciples as narrations have stated the above command.

The sleepers of the cave (اصحاب الکهف) also were inspired by God to enter the cave. They were not prophets, therefore the kind of revelation was ilhām not waḥy:

When you have dissociated yourselves from them and from what they worship except Allah, then take refuge in the Cave. Your Lord will unfold His mercy for you, and He will help you on to ease in your affair.’ 6

This was a matter that was inspired to them, or else why would taking refuge in a cave save them from the clutches of their enemies? God wanted to protect them from any harm that would come to them in a cave, even though it was not a very unlikely place to hide.

There is no doubt that Dhul Qarnayn in the Quran was not a prophet, but a just and righteous ruler who worshipped one God and obeyed His commands. However, he also apparently received Divine inspiration as the Quran says:

When he reached the place where the sun sets, he found it setting over a warm sea, and by it he found a people. We said, ‘O Dhul Qarnayn! You will either punish them, or treat them with kindness.’ 7

So these were the instances of non-prophetic revelation that have been mentioned in the Quran.

Revelation in the Quran is God’s way of communicating with His chosen prophets and servants. There is a kind of revelation that is exclusive to prophets while there is also another kind which every righteous and Godwary individual can receive known as ilhām (inspiration). We as Muslims must be grateful that God gave us the blessing of revelation so that we may know things that our logic and intellect cannot comprehend. In fact, the Quran is the product of revelation and we have to be thankful of it.