Home » Quran » Water in the Quran 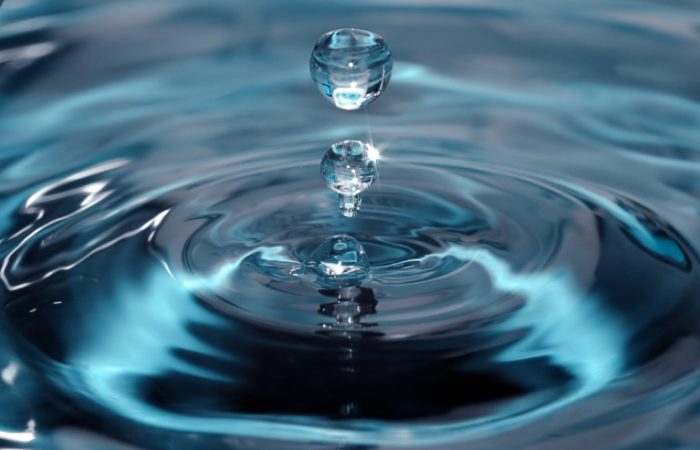 Water in the Quran

Water is an essential and life-giving part of our creation and something we need to survive. God also talks about water in the Quran and explains how it is a sign and blessing for us.

This article covers the following topics:

Water in the Quran Is One of God’s Signs

Indeed in the creation of the heavens and the earth, and the alternation of night and day, and the ships that sail at sea with profit to men, and the water that Allah sends down from the sky—with which He revives the earth after its death, and scatters therein every kind of animal—and the changing of the winds, and the clouds disposed between the sky and the earth, there are surely signs for a people who exercise their reason. 1

All the signs mentioned in this verse, including the water that revives the earth, are signs of Allah and prove His oneness (توحید) and His being All-Beneficent (رحمان) and All-Merciful (رحیم); albeit for those who employ their reason and intellect.

The Quran calls our attention to the single system that governs the world and the relationship between all its parts; for example, the effect that that sky and its creations have on the earth, the changing of night and day, rainfall, etc., all of these are connected. Pondering over these relationships leads us to monotheism.2

Water in the Quran and Sustenance for Those on the Land

All the waters of the sea are salty, and land animals and vegetation cannot benefit from them. However, through the evaporation of seawater, the formation of clouds, and the movement of the winds, sweet water is transferred to land through rain and snow. Through this, the earth is revived (after autumn and winter), and vegetation and crops grow.3

It is He who sends forth the winds as harbingers of His mercy. When they bear [rain-] laden clouds, We drive them toward a dead land and send down water on it, and with it We bring forth all kinds of crops. Thus shall We raise the dead; maybe you will take admonition. 4

The verse uses the revival of the earth in spring as proof of resurrection in the Hereafter.5

Those who deny resurrection cannot do so when they pay attention to the revival of the earth after the winter months. Like the plants and vegetation in the winter and autumn months, a human being who has died is not wholly destroyed. His soul is alive and preserved, and even his body is not wholly destroyed; instead, it remains in the form of particles spread out in the world.

Similarly, vegetation disintegrates and decomposes in winter and autumn, but its vegetative spirit stays alive in its roots and resumes its active life in spring.

Water in the Quran and All That Grows on Land

It is He who sends down water from the sky, and brings forth with it every kind of growing thing. Then from it We bring forth vegetation from which We produce the grain, in clusters, and from the palm-tree, from the spathes of it, low-hanging clusters [of dates], and gardens of grapes, olives and pomegranates, similar and dissimilar. Look at its fruit as it fructifies and ripens. Indeed, there are signs in that for a people who have faith. 7

All sources of water on the land lead to rainwater; if there is a lack of rain, it will also affect them. If this continues, they will all dry out.

The verse also indicates rainwater’s obvious effect on all things that grow. Every kind of growing thing could refer to either or both of the following:

The Inmates of Hell Ask for Water in the Quran

The inmates of the Fire will call out to the inhabitants of paradise, ‘Pour on us some water, or something of what Allah has provided you.’ They will say, ‘Allah has indeed forbidden these two to the faithless!’ 9

The first request that the inmates of hell would have is water. However, the cries of the criminals are in vain as the blessings of the Hereafter are only for the believers.

God and the believers are not stingy; however, the punishment of the disbelievers who harassed the needy believers in the world is to be deprived of blessings in the Hereafter.10

The Water of Hell

And say, ‘[This is] the truth from your Lord: let anyone who wishes believe it, and let anyone who wishes disbelieve it.’ Indeed, We have prepared for the wrongdoers a Fire whose curtains will surround them [on all sides]. If they cry out for help, they will be helped with a water like molten copper, which will scald their faces. What an evil drink, and how ill a resting place! 11

Due to their extreme thirst, the inmates of Hell will ask for water; however, the water that will be brought for them will be as hot as molten metal, which will burn their faces.12

Every Living Thing is From Water in the Quran

Have the faithless not regarded that the heavens and the earth were interwoven and We unravelled them, and We made every living thing out of water? Will they not then have faith? 13

The verse indicates that water has an absolute role to play in the existence of all living creatures. Another verse also shows this: Allah created every animal from water. 14

And perhaps the fact that this matter has been mentioned in the context where God is recounting tangible blessings leads to the conclusion that angels and other similar beings are not made of water.

The matter discussed in the verse, i.e., the relationship between life and water is something that has been explained and proven through science. 15

Water in the Quran and Ablution

O you who have faith! When you stand up for prayer, wash your faces and your hands up to the elbows, and wipe a part of your heads and your feet, up to the ankles. If you are junub, purify yourselves. But if you are sick, or on a journey, or any of you has come from the toilet, or you have touched women, and you cannot find water, then make tayammum with clean ground and wipe a part of your faces and your hands with it. Allah does not desire to put you to hardship, but He desires to purify you, and to complete His blessing upon you so that you may give thanks. 16

Muslims are commanded to perform the ritual ablution or wudu (وضو) using water before they stand for prayer.

Another type of ablution the Muslims are commanded to perform in certain conditions is the ghusl (غسل), where one washes their body as explained in books of jurisprudence. To find out about what circumstances and when one needs to perform this type of ablution, please refer to the book of laws of the scholar you do taqlid (تقلید) of.

As explained by this verse, water is a source of purification.

As for the faithless, their works are like a mirage in a plain, which the thirsty man supposes to be water. When he comes to it, he finds it to be nothing; but there he finds Allah, who will pay him his full account, and Allah is swift at reckoning. 17

The actions of the disbelievers have been likened to a mirage that has no reality and no goal or purpose to which it leads. This water does not quench one’s thirst and does not have the other affects of water.

Similarly, the actions of the disbelievers and polytheists (i.e., those who do shirk) including the sacrifices they make for their idols, the prayers and supplications they recite, and the worship they perform for their idols have no reality and the affects of worship do not apply to them. 18

The Conclusion of the Parable of Water in the Quran

The disbelievers perform their actions with a goal in mind.

Their goal is to attain the purpose that their innate nature (فطرة) guides to as this is driving force behind the actions of all human beings in order to attain happiness and felicity.

However, the actions of the disbelievers do not lead them to such a goal and the deity they worship in hopes of receiving rewards is not real. Rather, the deity that their actions lead to is God and He is the one who has knowledge over their actions and the accounting of deeds is with Him.

God’s rewards or punishments are in accordance with our deeds and what they call for and He will provide them to the owner of deeds in a measure that is deserved. 19

Water in The Quran is One of the Blessings of Heaven

A description of the paradise promised to the Godwary: therein are streams of unstaling water and streams of milk unchanging in flavour, and streams of wine delicious to the drinkers, and streams of purified honey; there will be every kind of fruit in it for them, and forgiveness from their Lord. [Are such ones] like those who abide in the Fire and are given to drink boiling water which cuts up their bowels? 20

Everything has perfection and the perfection of water is that it should not smell. This is the type of water that has been described as one of the blessings of Heaven.

All the blessings of Heaven are free of defects, blights and changes. 21

Water in the Quran for the Steadfast in God’s Path

If they are steadfast on the path [of Allah], We shall provide them with abundant water. 22

The verse indicates the blessings the believers will receive in this world if they persevere and remain steadfast in their faith. If they do so, God will send for them blessed and merciful rain and provide them with the sources of life-giving water. Where there is an abundance of water, there is an abundance of everything and, therefore, such believers will be provided with different types of blessings. 23

The Relationship between Faith and Material Blessings

This is one of the many times that the Quran indicates that belief and piety are not only the source of spiritual blessings but also the material blessings and leads to increase in material sustenance or rizq  (رزق) and abundance of blessings, prosperity, and development.

A point to note is that is steadfastness on faith and not simply faith itself that leads to an abundance of blessings because temporary and transient faith cannot lead to such blessings. 24

The topic of water in the Quran explains that water is a blessing and one of the signs of God. It is life-giving and necessary for existence and in the Hereafter too it is something that will be provided for the believers in Heaven in the most perfect form and sought by the inmates of Hell.

Water is also what Muslim use to purify themselves and perform their ritual ablutions with.